UN Women Executive Board visits programmes in the Caribbean 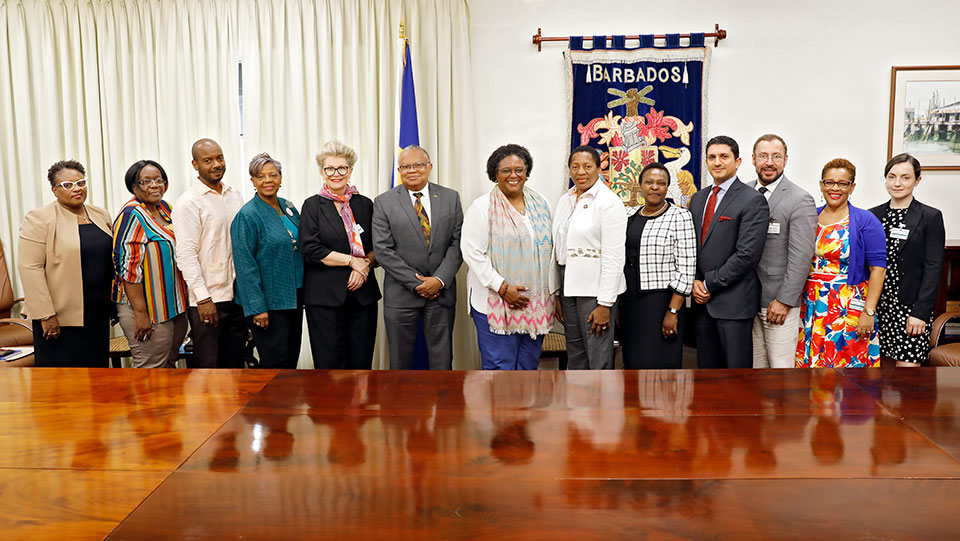 During a four-country visit in the Caribbean region from 18 to 23 May, the UN Women Executive Board discussed measures to improve court processes to assist survivors of gender-based violence; observed initiatives at work to identify and mitigate the gendered risks of natural disasters; and emphasized their support towards achieving the Sustainable Development Goals.

Of the six-day visit to Trinidad and Tobago, Grenada, Barbados, and Antigua and Barbuda, President of the Executive Board, Ambassador Pennelope Beckles, speaking on behalf of the Board members, said: “We are glad to be here to shine a light on the region and on the good work that UN Women is doing. We were struck by the strength and depth of the partnership between UN Women and the countries we visited.”

UN Women’s innovative interventions were highlighted, including collaboration with national partners to produce the first-ever prevalence data on violence against women in the Caribbean, ongoing work with judicial officers and courts, legislative reforms and working with families to improve access to critical services for those experiencing violence. 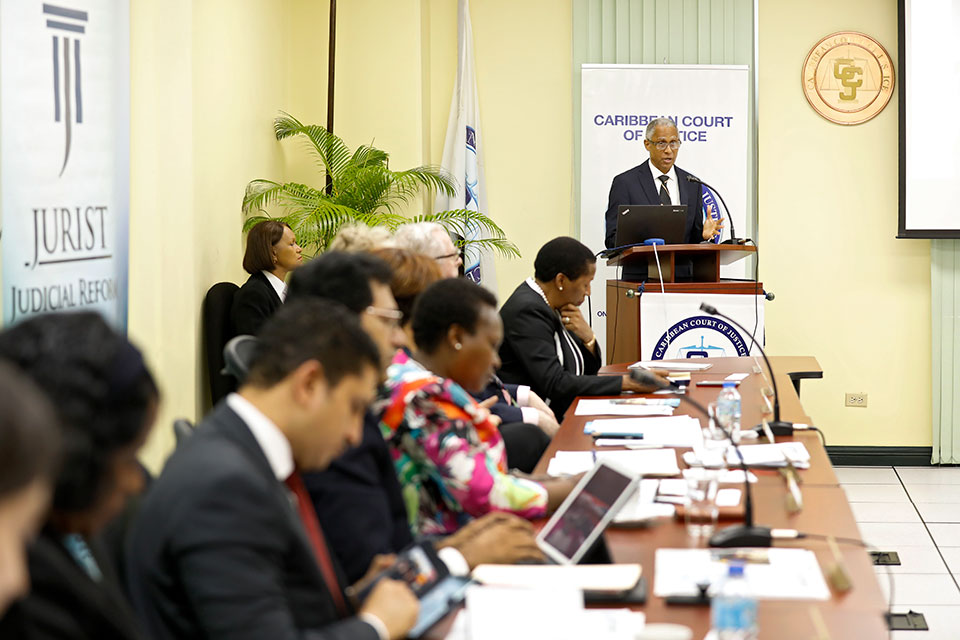 Justice Adrian Saunders of the Caribbean Court of Justice kicked off the discussion of the gender-sensitive administration of justice and the impact of collaboration with UN Women on the policies of the Court. Photo: UN Women/Ryan Brown

In Trinidad and Tobago, the Executive Board learned about the new UN Women Foundations Programme being piloted by the Office of the Prime Minister, Child and Gender Affairs. The Programme works with young people in schools and other education institutions to prevent gender-based violence.

Also highlighted was UN Women’s support to the Caribbean Court of Justice through the Canada-funded Judicial Reform and Institutional Strengthening Project (JURIST Project), which provides training on gender-sensitive administration of justice for judges in the region. 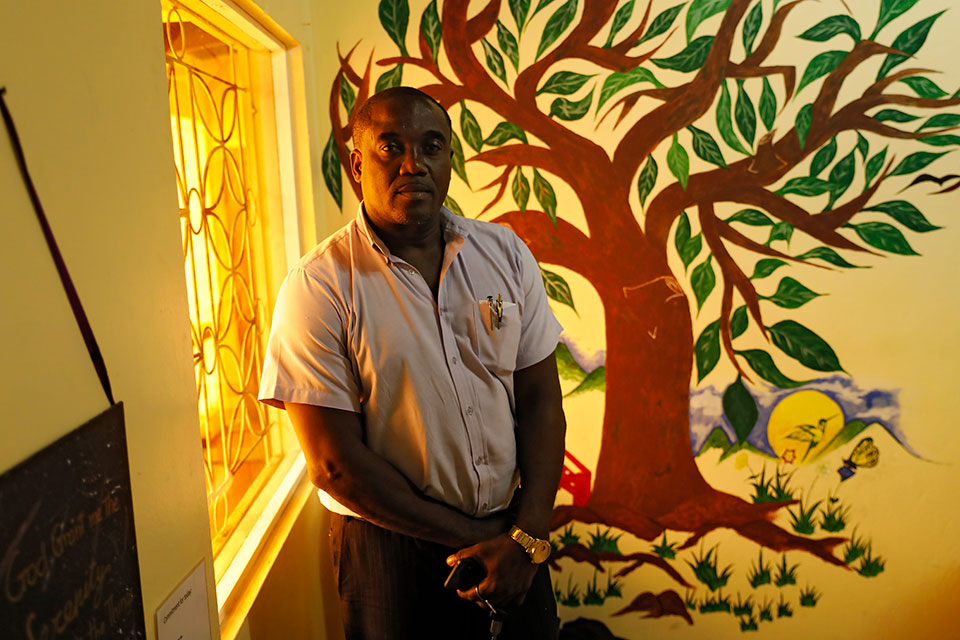 In Grenada, Gordon Joseph met with Executive Board Members and shared his experiences as a beneficiary of the UN Women-supported Man to Man Batterers Intervention Program run by the NGO Legal Aid Counselling Clinic. Photo: UN Women/Ryan Brown

During their time in Grenada, the Executive Board met with facilitators and beneficiaries of the Man to Man Batterers Intervention Programme run by Legal Aid Counselling Clinic, supported by UN Women. The programme which has assisted 417 people since 2005, with less than 10 per cent of beneficiaries relapsing into criminal behaviour. “We actually met with a group of men,” said Ambassador Beckles. “They were referred by the Court and they shared [their experience] from the time of being perpetrators to their transformation.

With UN Women support, experts have provided technical support to national authorities for the recent update to Barbados’ Domestic Violence Act. “It is now one of the strongest frameworks in the region,” she added.

The Board also commended Antigua and Barbuda’s government-run one-stop-centre, the Support and Referral Centre (SARC) that provides comprehensive services for survivors of gender-based violence. UN Women has provided financial and technical support to set up the centre. 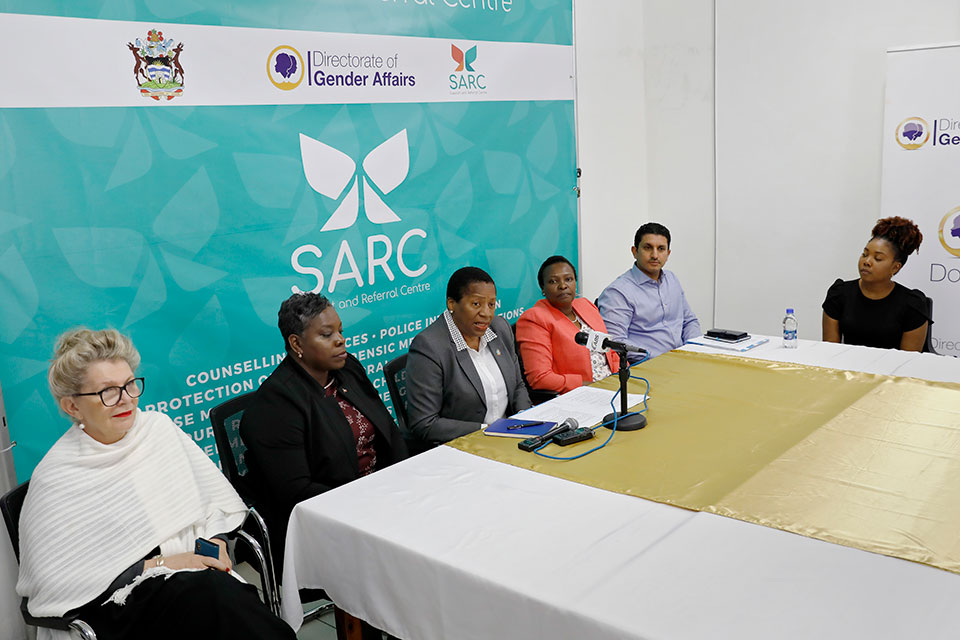 “We had two separate sessions. We spoke to men, we spoke to some of the staff, and we spoke to about 35 women, who are actual users and have been using the facility for quite a while,” said Ambassador Beckles. The beneficiaries of the centre shared with Board members their experience, challenges and benefits of having access to the centre.

Government of Antigua and Barbuda officials noted that the establishment of the Support and Referral Centre (SARC)—funded by the UN Trust Fund to End Violence Against Women and supported by the UN Women Multi Country Office in the Caribbean—has had substantial impact in securing the Sexual Offences Model Court.

The Board members also noted Antigua and Barbuda’s recently established Sexual Offences Model Court, also part of the (JURIST) project, the first in the Caribbean, which aims to respond to the needs of survivors, ensure greater coordination among government, and improve monitoring and evaluation of trends. “If successful it will be a role model for the world”, added Ambassador Beckles.

The Executive Board also highlighted some challenges observed in the region, such as vulnerability to climate impacts and natural disasters, growing rates of violence against women and girls, lack of decent work for all and difficulty in accessing development finance and technical assistance to support essential programmes. The Board members noted UN Women’s work with UN partners to ensure gender-sensitive humanitarian action.

“We have observed very strong commitment and leadership on gender equality issues at the very highest levels of government and had the pleasure of meeting with a number of very senior women leaders,” said Ambassador Beckles on behalf of the Board, while thanking their host countries for their hospitality. “At the same time, we also recognize the challenges [that] women everywhere, but particularly in this region, face in ascending to the top of their professions. We encourage UN Women to continue its good work in supporting young women leaders.”

In a final meeting with the media, the Board highlighted the importance of media as a critical player in sharing the progress being made as well as the challenges.