What are the laws that exist across the Caribbean that condone and foster gender-based violence (GBV)?

That was question that was explored during the Regional Office of the Institute for Gender and Development Studies (IGDS)’s lunch hour webinar on December 8, under the theme "A Call to Action: Advocacy to Repeal those Laws/Policies that condone and facilitate GBV." 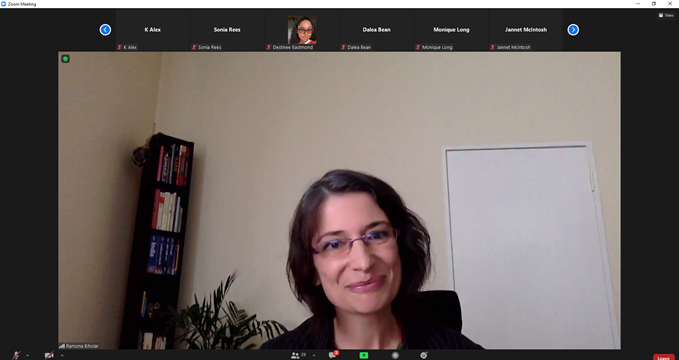 Dr. Ramona Biholar, Lecturer in the Faculty of Law at UWI
Mona made a stirring call for more laws to be repealed
and redefined to better protect Caribbean citizens from
gender-based violence

Addressing the attendees, Dr. Ramona Biholar, Lecturer in the Faculty of Law at UWI Mona outlined that though most Caribbean countries have existing laws on domestic and sexual violence, there is a restrictive understanding and definition of GBV that facilitate inequitable gender norms. For example, by law, marital rape in the Caribbean is limited to specific circumstances, with the exception of Dominica, Guyana, Grenada and Belize. She said, “the narrow definition of rape (that excludes marital rape, rape of men, transgender and non-binary people) and weaker penalties for non-consensual sexual acts under the various ‘Grievous Sexual Assault Laws’ is a reminder that women remain subordinate in marriage by law and society and the existing policies legally sanction discrimination.” 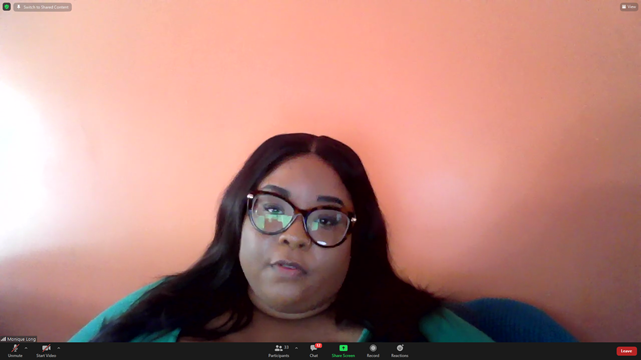 UN Women Multi Country Office – Caribbean’s Planning & Coordination Specialist, Monique Long further outlined the existing perceptions and attitudes that contributed to the existing gender inequalities and significant legislative and regulatory gaps to safeguards against GBV. She cited existing data from the Summary Status of Women and Men Report – Impact of COVID-19 and Women’s Health Survey (2016) which outlined the attitudes that provides an enabling environment for GBV. Ms. Long examined the issues which have emerged and which have been exacerbated by the COVID-19 pandemic and the “Shadow Pandemic” of violence against women and girls. She explored a range of cases which have emerged regarding intimate partner violence and sexual violence against women and girls, and stressed the need for a collaborative, gender sensitive response in the development and implementation of laws and policies addressing VAWG. 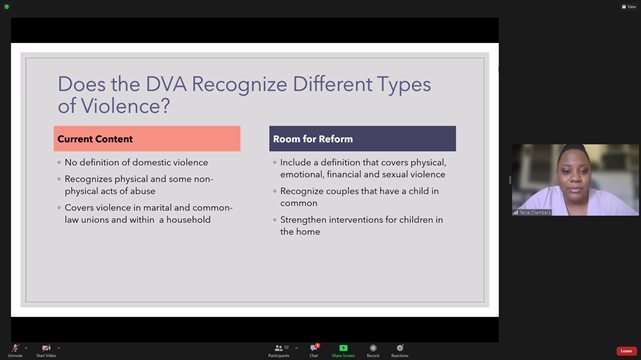 Legal and Policy Consultant, Tania Chambers explored the gaps
in the Domestic Violence Act in Jamaica

In addressing the legislative context of GBV in Jamaica, Legal and Policy Consultant, Tania Chambers also noted that while some progress has been made with the tabling of some recommendations for enhancing the Domestic Violence Act (DVA), there is still work to be done to ensure that the recommendations are taken forward to actual legislative review and other areas for reform are explored. This includes strengthening interventions for children in homes where domestic violence occurs and expanding the definition to include emotional, financial and sexual violence.

This event pinpointed that the most marginalized women, including women with disabilities or trans- women amongst others, are at disproportionate risk and face greater barriers in accessing justice. There was a harmonious call to action by all the presenters that noted that to achieve transformational progress towards the elimination and prevention of GBV, there needed to be strengthening of existing laws and policies. Additionally, in order to combat the existing and emerging trends including online violence, governments must fast-track legislative amendments.