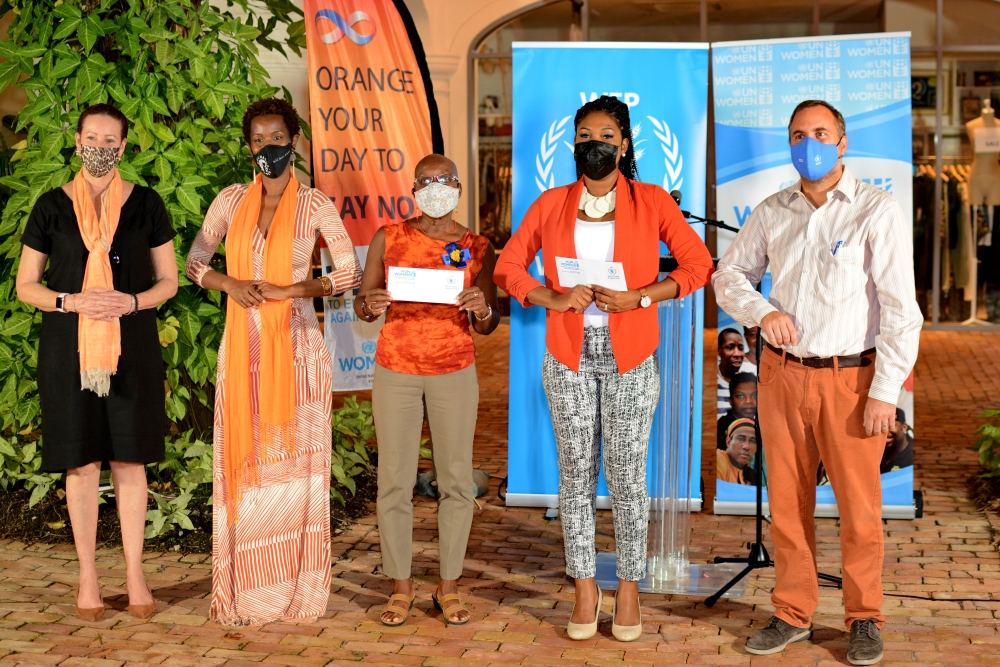 Bridgetown, Barbados – November 26th 2021: It takes an all of society approach to prevent and respond to gender-based violence. In this vein, representatives of UN Women Multi-Country Office – Caribbean, the World Food Programme Caribbean Multi-Country Office; Limegrove Lifestyle Centre and Altman Real Estate, the Ministry of Labour and Social Partnership Relations; women’s NGOs - the Business and Professional Women’s Club and Jabez House Barbados; Barbadian Calypso singer and UNiTE artist Terencia Coward and UNiTE champion and broadcast personality Gaynelle Marshall came together as a public commitment towards an end to  Gender-Based Violence (GBV). A visual statement of Orange-ing the Limegrove Lifestyle Centre launched the 16 Days of Activism.

Representative, UN Women Multi-Country Office – Caribbean, Tonni Brodber said not enough people are speaking out against GBV: “The violence is not only relegated to the home, but it also happens in public.  We know that in the streets, many women are catcalled, many women are grabbed, it is called a joke, it is not a joke.  It is inappropriate, it is abusive, it is violence.  We see it often and we do not say enough to stop it."

"Oftentimes, because it is so normalised we may not even think that it is violence at all.  It is! For the women and girls that experience it, and also to a lesser extent the men and boys who experience this type of harassment, it is harmful. It is at times traumatic, and it impacts your feelings and sense of self and place and sense of safety in your space.”

Honourable Colin Jordan, Minister of Labour and Social Partnership Relations highlighting his ministry’s partnership with UN Women MCO Caribbean to address GBV in the workplace said too, that GBV needed to be addressed across the full spectrum of incidence: “Men’s voices need to be heard in objection to violence against women and girls, not because women are unable to articulate the evil and the need for it to be stopped, now. Men’s voices need to be heard because, unfortunately, we still live in a society where prejudice exists, where some men and boys will listen only to other men or boys, where boys need positive role models who stand for what is right.” 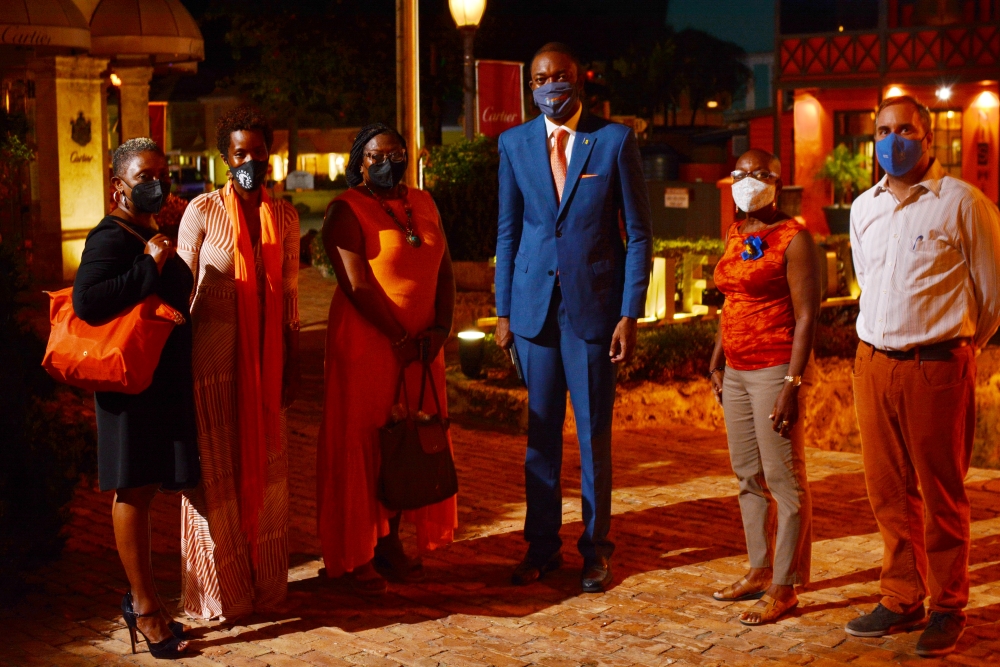 It was also an opportunity to acknowledge the work of, and contribute to two NGOs - the Barbados Business and Professional Women’s Club, and Jabez House, and their efforts to meet the needs of women and their families who have experienced gender-based violence. Shelter and food security have emerged as greater needs during the COVID-19 era which has also seen a rise in incidences of #GBV with it being referred to as the shadow pandemic.

Sir Paul Altman said the Limegrove Lifestyle Centre and Altman Real Estate welcomed the opportunity to partner with UN Women and WFP to recognise the 16 Days of Activism. “We applaud the efforts of the Ministry of Labour and Social Partnership Relations, UN Women, the World Food Programme, Jabez House and the Business and Professional Women’s Club as we work together to raise awareness of the incidence of gender-based violence in the Caribbean. It is important that we all play our part.”

The colour orange represents a brighter future, free from violence against women and girls, and is a unifying theme running through all the global activities of the #UNiTE Campaign.

Related News
02/12/2022
UN House Barbados turns Orange for #16Days
16/05/2022
CSO Movement-Building Retreat Survey and EOI
25/11/2021
16 Days of Activism to End Violence Against Women and Girls - How Can you get Involved?
19/10/2021
Innovative strategies and partnerships urgently needed to arrest women’s economic slide as a result of COVID-19
06/09/2021
Call for Proposal for Responsible Parties
END_OF_DOCUMENT_TOKEN_TO_BE_REPLACED