As impact of COVID-19 intensifies, UN Women calls for concrete actions to respond to the concurrent shadow pandemic

Galvanizes partners to fund organizations, respond to survivors’ needs, prevent violence and collect data to build a post-pandemic “new normal” as the 16 days of Activism campaign kicks off 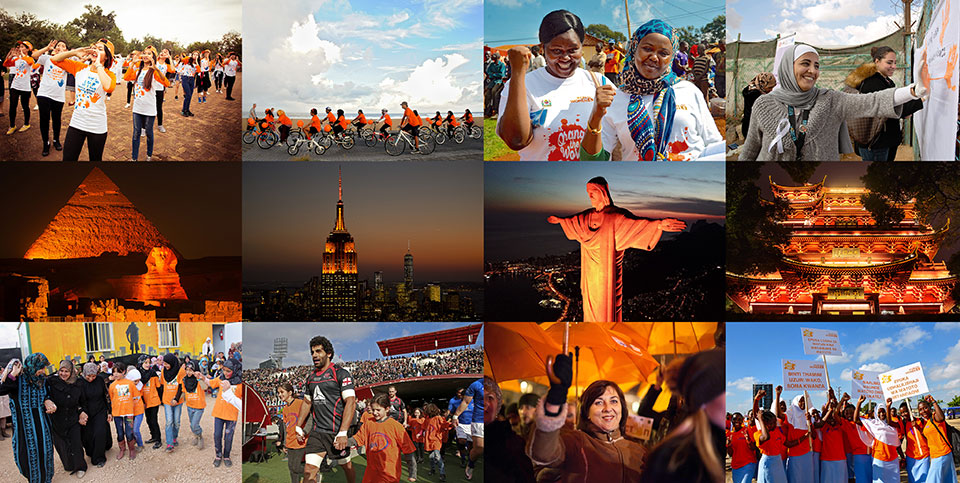 New York, November 25 – As the COVID-19 pandemic and a prevailing culture of impunity threatens progress achieved on gender equality and ending violence against women and girls, UN Women is calling for robust and decisive action in response to this unprecedented crisis on the International Day for the Elimination of Violence Against Women. In the run up to the 2021 Generation Equality Forum – where global actors will step up to make bold new commitments to eradicate violence against women – governments, civil society, youth, influencers and the private sector will lend their voices for the 16 Days of Activism Against Gender-Based Violence, a global mobilization campaign that runs from today until 10 December. Together, they will demand a reset and to build a “new normal” that delivers a future without violence for all women and girls.

Even before COVID-19, violence against women was one of the most widespread violations of human rights, with almost 18 per cent of women and girls experiencing physical or sexual violence by an intimate partner over a 12-month period. As the pandemic raged on, an alarming upsurge of the “shadow pandemic” of violence against women became evident, with increased rates of reporting on domestic violence, as well as in the streets, online and in a variety of settings. Calls to helplines increased up to five-fold in some countries during the first weeks of the coronavirus outbreak – while in others, they decreased given the inability of women to seek help through the regular channels, while sheltered in place with their perpetrators. Projections show that for every three months the lockdown continues, an additional 15 million women are expected to be affected by violence.

“We have seen the whole world respond to the coronavirus pandemic, with all hands on deck, and with responsive investment and protocols backed by determination. Violence against women is also a pandemic – one that pre-dates the virus and will outlive it.As we face COVID-19’s devastation, there has never been a more important moment to resolve to put our combined resources and commitment behind the biggest issues, and to end violence against women and girls, for good,” said UN Women Executive Director, Phumzile Mlambo-Ngcuka.

In response to a “cease-fire at home” called by the UN Secretary-General earlier this year, almost 150 countries agreed to make ending violence against women and girls a key part of their response plans for COVID-19. Many have followed through with stronger essential services, such as shelters, helplines and other reporting mechanisms. Yet, only 48 countries, less than a quarter of the 206 analysed in a recent study, treated violence against women and girls-related services as an integral part of their national and local COVID-19 response plans, with very few adequately funding these measures.

Addressing the pervasive under-resourcing of this critical issue, UN Women has convened the Action Coalition on Gender-based Violence, an innovative partnership of governments, civil society, youth leaders, private sector and philanthropies to develop a bold agenda of catalytic actions and leverage funding to eradicate violence against women. These bold actions and investments will be announced at the Generation Equality Forum in 2021, in Mexico and France, along with those of other five Generation Equality Action Coalitions.

The 16 Days of Activism, which is powered by grassroots organizations globally, is an opportunity to leverage the renewed sense of urgency COVID-19 has created and propel concrete action against gender-based violence. In the lead up to the International Day commemoration, UN Women has appealed to Member States to make concrete, tangible commitments during the 16 Days of Activism.

This year’s theme, “Orange the World: Fund, Prevent, Respond, Collect!”, announced by the UNiTE campaign, bolsters the UN Secretary-General’s appeal and UN system-wide rapid response to the alarming surge in violence against women and girls seen this year.

“Together, we must tackle male violence that affects and damages everyone – families and communities, societies and economies – and holds back all our efforts for peace and security, human rights and sustainable development. We need to increase accountability and question attitudes and approaches that enable violence. And we must provide resources for women’s civil society organizations on the front lines," said UN Secretary-General António Guterres.

In that vein, this year’s campaign urges all governments and partners to accelerate concrete policy responses within four areas:

Signaling the increasing needs for financial resources to address this, the UN Office for the Coordination of Humanitarian Affairs (OCHA) today announced a contribution of USD 8 million to UN Women to fight gender-based violence in emergency contexts.

This new allocation, from the Central Emergency Response Fund (CERF) will provide much needed boost to help local women-led and women's organizations working in humanitarian emergencies to prevent gender-based violence, to facilitate access to justice, and to provide survivor-centred services to women and adolescent girls. It will also support women, including survivors of violence, to develop and lead transitional justice processes (i.e. measures to redress legacies of massive human rights abuse), at the local and national level. The funding will be channeled into two year-programmes in five countries where interventions specific to women’s needs are currently underfunded.

The UN official commemoration of the International Day will take place for the first time in a virtual format and will be an opportunity for Member States to strengthen and advance their commitments to end violence against women and girls. The event will count on the participation of the Secretary-General of the United Nations António Guterres, representatives from UN Member States, Under-Secretary-General and UN Women Executive Director Phumzile Mlambo-Ngcuka, Under-Secretary-General and UNFPA Executive Director Natalia Kanem. UN Women Goodwill Ambassadors Nicole Kidman and Cindy Bishop; SDG Advocate, UNODC Goodwill Ambassador and Nobel Peace Prize, Nadia Murad; and Nobel Peace Prize Nominee and Founder of Rise, Amanda Nguyen, among others, will participate via video.

As in previous years, iconic buildings and monuments all over the world will be lit in orange to call for a brighter future where women and girls can live free from violence, including the Giza Pyramids and the Sphinx in Egypt; the Moai statues in Eastern Island, Chile; the Parliament of the Republic of Moldova; the Kuwait Towers; and the Brussels Town Hall in Belgium. In the Netherlands, over 200 municipalities will be lighted up in orange in solidarity with survivors and to mark the 16 Days of Activism.

Hundreds of events around the world will also shine a light on this shadow pandemic, including a TV-show style event in Thailand focused on leaders’ commitments to end gender-based violence during COVID-19; and a series of discussions, debates, art exhibitions in universities in Jordan on the role of men and youth in combating violence against women. In Bonn, Germany, there will be a feminist tour in which participants can discover a new side of the city’s past and present, learn about famous daughters of the city and about feminism, using GPS coordinates.

A human chain in Bangladesh; an online flash-mob with popular young video bloggers in Tajikistan; a video competition addressing violence against women migrant workers and trafficking in Indonesia; a training on self-defense to service providers and women's organizations in Albania; and a high-level virtual event in Panama with representatives from Member States in the region, are also among the many events planned during the 16 Days.

Share UN Women’s stickers and GIFs on social media and use the Instagram filter to take a stand against gender-based violence, using the hashtags #orangetheworld, #GenerationEquality and #16days, and follow the conversation @UN_Women and @SayNO_UNiTE on Twitter. More content available in this social media package.

UN Women handed over the mic to survivors and those on the front lines. To read the personal testimonies, stories and multimedia content, visit: https://www.unwomen.org/en/news/in-focus/end-violence-against-women.

Related News
14/12/2021
It’s time to repeal Laws in the Caribbean that condone and facilitate GBV – A Call to Action
19/10/2021
Innovative strategies and partnerships urgently needed to arrest women’s economic slide as a result of COVID-19
25/11/2020
COVID-19 and GBV - Caribbean resilience to natural and manmade hazards relies on spaces where violence is not used to address problems
18/11/2020
Media Advisory: International Day for the Elimination of Violence against Women, 25 November, will call for urgent actions to Fund, Respond, Prevent and Collect data to address gender-based violence in the context of COVID-19
02/11/2020
Press Release - UDC and UN Women: A Partnership for Safety and Resilience
END_OF_DOCUMENT_TOKEN_TO_BE_REPLACED