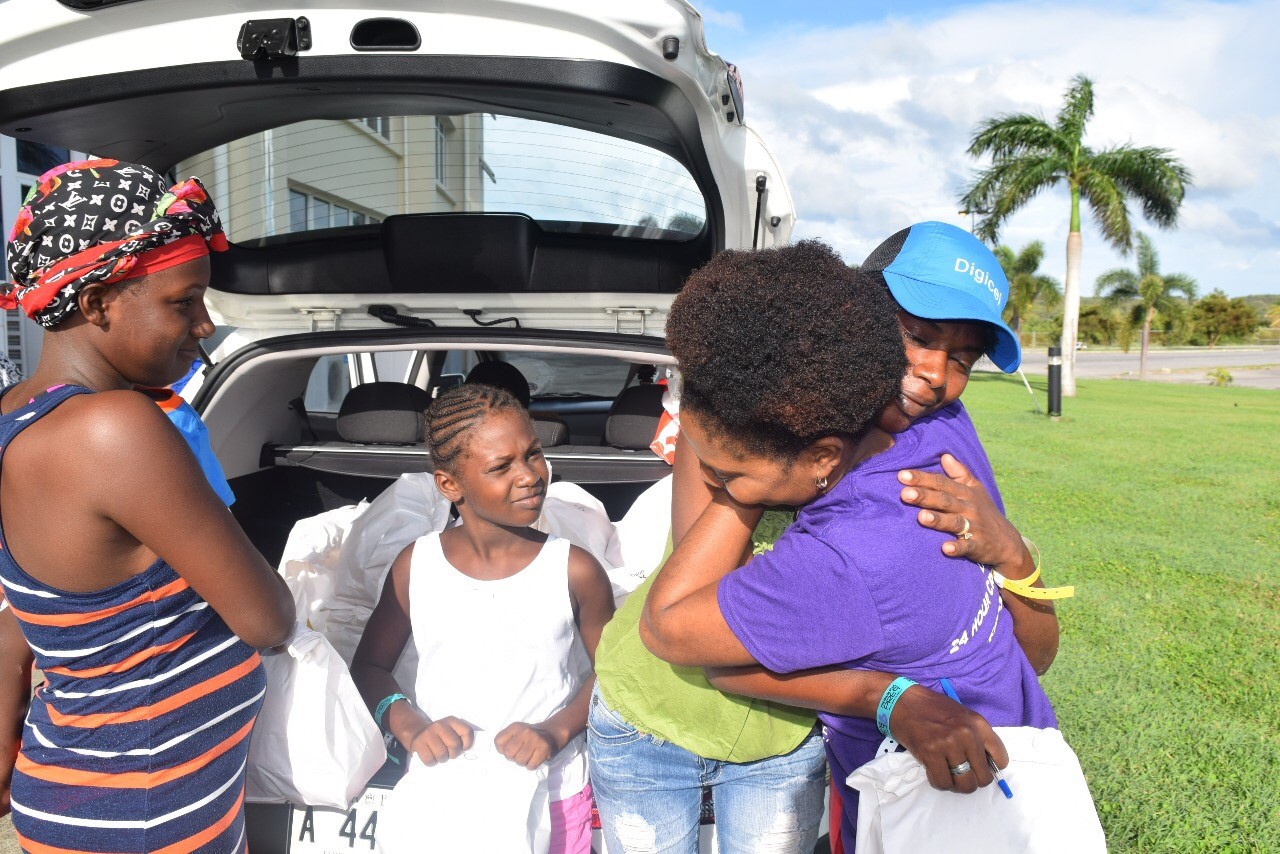 Nadia John a representative on the Barbuda Council hugs Farmala Jacobs Executive Director ag. of the Directorate of Gender Affairs as Barbudan women are presented with hygiene kits.Photo: Volunteer DoGA/Nneka Nicholas.
St. John’s Antigua: With the urgent need for hygiene products specifically for women, UN Women and UNFPA joint support meant that these supplies were distributed to women who had been evacuated from Barbuda, on the very same day they arrived in Antigua.

The entire population of Barbuda – 1600 - had to be evacuated to its twin island Antigua. With an estimated 773 females of the total population of Barbuda, Acting Executive Director of the Directorate of Gender Affairs, Farmala Jacobs said they were very concerned about meeting women’s immediate needs.

UN Women sent a first tranche of USD 15,000 which will be supplemented by UNFPA funds in the second tranche.  As a result of this joint initiative the Directorate team were able to prepare 300 dignity kits:

“What we noticed is while we were distributing these items there was a very huge, mass need for them because there was large mass distribution of different products and items but not a lot of focus and emphasis were placed on the sanitary items that women and girls needed in particular.

The dignity kits contain basic health and hygiene products for displaced women and girls, such as soap, panties, bras and sanitary napkins.

With Hurricane Jose bearing down, the Government of Antigua and Barbuda ordered a mandatory evacuation of the Hurricane Irma-ravaged Barbuda. The Barbuda residents are being temporarily housed in shelters and private homes, some with family. 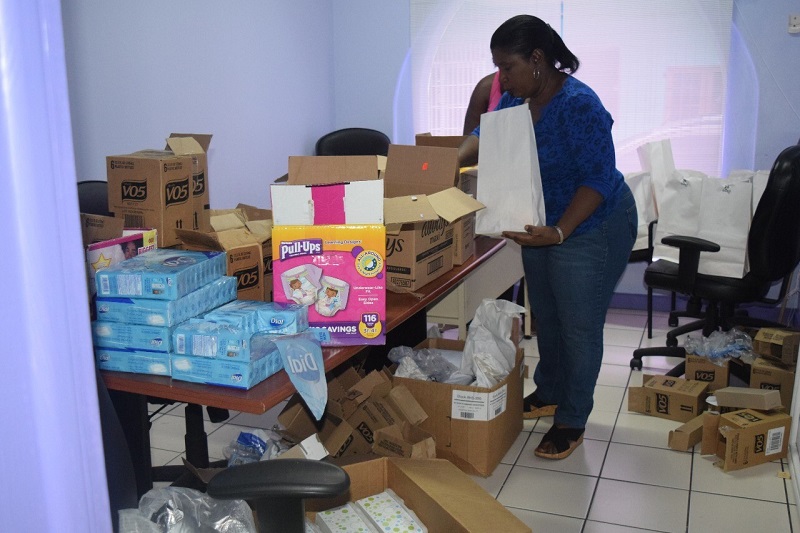 “I keep remembering when I went to the central point where things are being distributed... and I was talking to the coordinators to make them aware of what items we were bringing and we were about to distribute and two women who were nearby from Barbuda who immediately flocked to where I was standing because there was need for those items and they were actually looking around to see if those items were available such as sanitary napkins and so forth.

Nadia John, a representative on the Barbuda Council expressed their appreciation:

"We are so grateful for these kits and the personal care items ... we are so thankful that they thought about us and what we needed and came together so fast to get these hygiene items to us. These kits are so needed for all of us women and even the younger girls.” 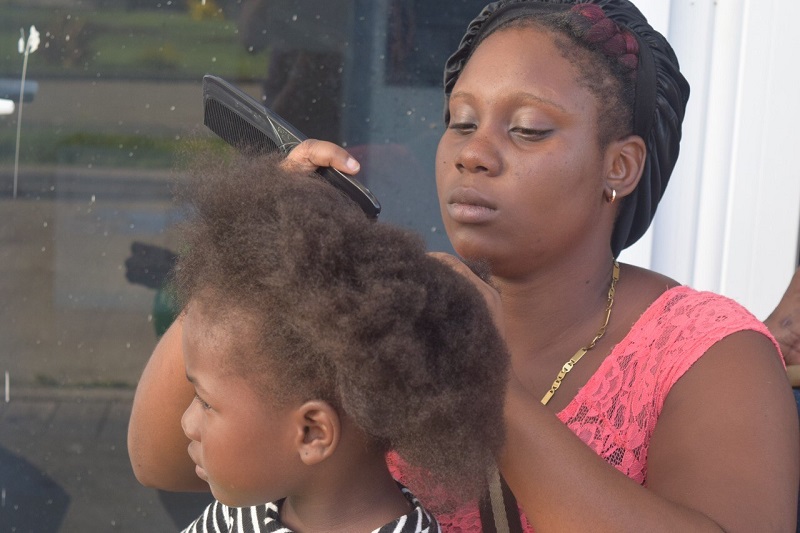 A comb that would have been within arm’s reach before Hurricane Irma, was an immediate basic need after the storm.

Shelter Safety and Security for Women and Girls

Ms. Jacobs said while there is separation of sexes in the shelters in line with shelter protocol, she and her team are prioritising sharing the guidelines and protocols on women’s safety and security with all the coordinators:

“So while we are distributing the kits to women personally we are also using that opportunity to take note and we are planning as of Monday to have a meeting with the response unit and the coordinators to ensure that all of the shelters protocols and guidelines are being followed and to ensure that we provide recommendations.

We are hoping as well with UN Women’s support that we can also put the proper structure in place where there is monitoring of the shelters as well to make sure that persons are adhering to these guidelines and protocols as well as to ensure that the information that is needed is available to all the persons within the shelters about safety, about prevention.”

The Directorate with its staff of four and community volunteers were able to distribute 165 kits Friday evening and set about distributing the remaining 155 on Saturday: 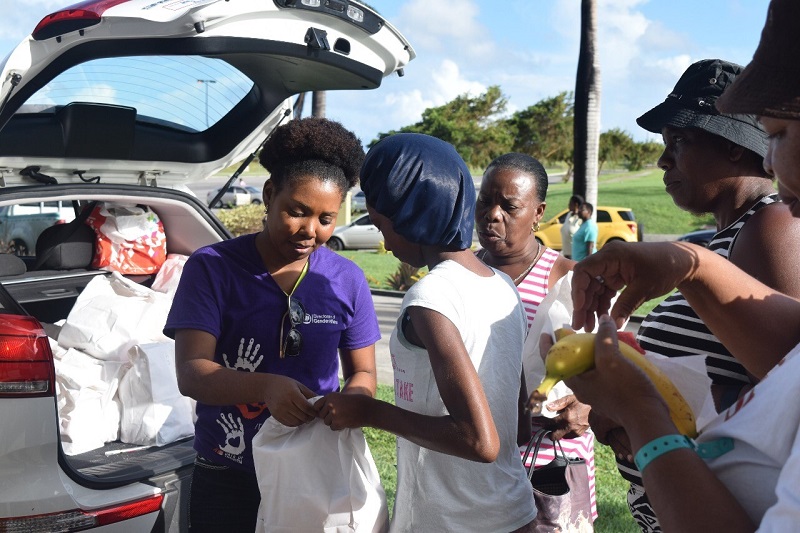 “We were wondering if we would be able to make the distributions in time to get home and to be safe just in case you know there were any weather conditions earlier than predicted and we were very committed … we started to pack and distribute, persons were re-fueled. Persons became energized because they saw the need and understood very clearly the importance of what we were doing,” Ms. Jacobs said.

Related News
01/04/2020
From where I stand: “I am fearful for smaller countries that have limited resources during COVID-19”
15/08/2018
Crisis update: Restoring dignity and livelihoods after storms in the Caribbean
07/12/2017
From where I stand: Leaving no one behind in Barbuda
31/10/2022
The Caribbean RISS Model
08/06/2022
Joint SDG Fund Project on BBE through Innovative Financing for Gender Equality and Women's Empowerment
END_OF_DOCUMENT_TOKEN_TO_BE_REPLACED