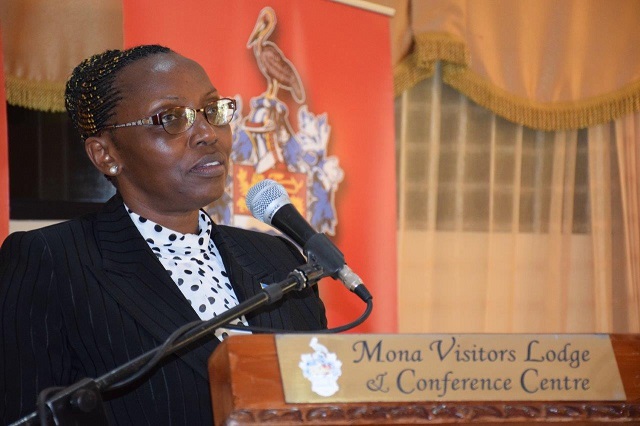 Kingston, Jamaica: Birthed from a desire to reunite their country which had been torn apart by civil war, the women of Rwanda began the journey of reconciliation. It was this early commitment to work together which they attribute to the country leading the world in women’s representation in Parliament.

Member of the Rwanda Parliament the Honourable Juliana Kantengwa recently shared the historic momentum and her personal experiences whereby realising the first critical mass of at least 30 per cent of women in Parliament ensured a transformational change in every area towards gender equality.

The occasion was the Jamaica Rwanda South South dialogue under a UN Women supported project, led by the University of the West Indies, Mona Campus - UWI Leads Programme. UN Women, through a non-partisan approach, is working with political leaders, civil society and the UWI Leads in Jamaica to progressively engage women as constituents and as leaders, which would be reflected in an increased policy response by political parties to women as a voting constituency and a demonstrated acknowledgement of women’s roles as leaders.

The Honourable Kantengwa said the women of Rwanda were the first to move towards rebuilding the country and so the story of their reconciliation is interwoven with the women’s empowerment: 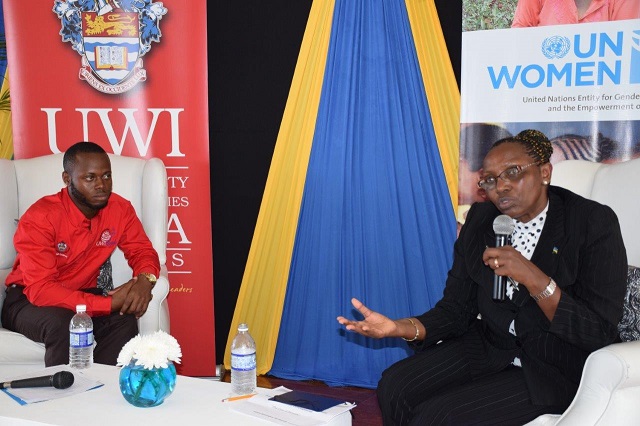 Women civil society organisations started moving around building awareness on the need for reconciliation. When the discussions began on establishing a constitution to end ethnic discrimination the women spoke out and said discrimination against women must end also. She said this helped Rwanda to realise equality for women and men before the law.

But there was still much more work to be done when they turned their attention to women in political office.

“So where are you going to get the votes if you are going to stand for political office? Your fellow women believe you are very good but not good enough to be in that office. The men they know you are good but they don’t think that office is for you.” 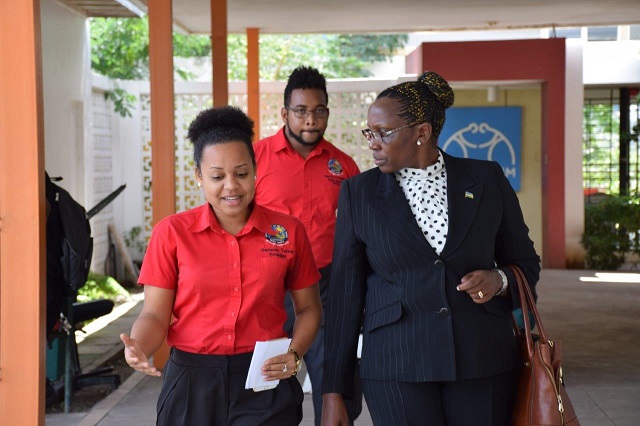 “So when we were making our constitution, we took the opportunity of making use of the international framework of the Beijing Platform where it is a requirement to have at least 30 per cent women in decision-making in order to have a critical mass to make changes that are necessary.”

Noting that there were eight political parties in Rwanda, the MP said the women recognised they had to lay aside the politics and focus instead on how to make a difference for women. At the time only 16% of the elected members of Parliament, the women agreed to form a women’s caucus.

“So we agreed to promote what was best for women. So we would first caucus, and agree, disagree, and agree and then we would take to the men what we agreed on. That is how we introduced this affirmative action. We would go back and analyse, how shall we make it, how will the women vote for us?

During the period of advocacy on the constitution, they asked the women to think about women’s rights and women’s empowerment.

“Preaching, actually preaching to the women, what does the constitution mean, what does it hold for you? What does it mean for your children? So if you come out first of all to vote for the constitution and you also to come out to stand for elected office, you are making a headway. You insist on at least 30 per cent women… So we went for at least 30 per cent women … to make sure it became a constitutional provision… so that was affirmative action in order to correct the imbalances.” 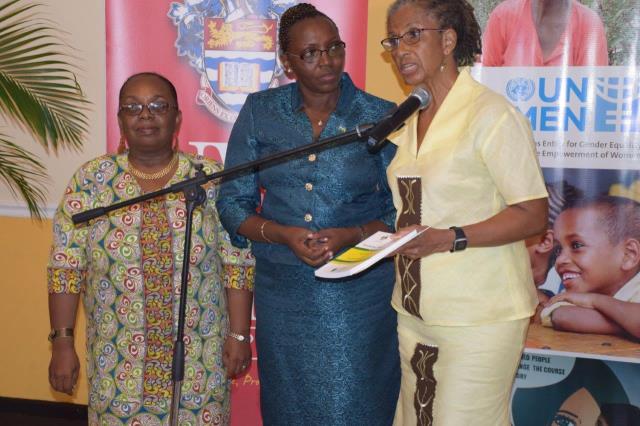 The subsequent election saw women reach 48 per cent of those elected and Rwanda made global headlines but then the women had to face comments such as “the women are only flowers in the parliament” and “they just put them there to be numbers”.

“But what did these numbers do? In that caucus, they sat down and analysed whatever did not work for them and changed it,” Kantengwa stressed.

In that group they focussed on the change they wanted to see to realise gender equality - they focussed on boys and girls education becoming compulsory, they were concerned with equal land inheritance rights.

“You require numbers to do the voting, but it is not only voting. When you want to influence you need that critical mass so the first group of women who came completely radicalised everything to ensure that even when making our budgets, within the ministry of finance, there is a unit that is charged with gender responsive budgeting so it scrutinises all ministry budgets to ensure that it is gender responsive. The Ministry of education they have a separate girls’ education policy, it is a roadmap that dictates how you go about increasing girls’ education. So when we went for the subsequent elections, we maintained the 30 per cent but more women had become more confident. The next elections we become 56 per cent now the talk in in Rwanda was every woman wanted to go to Parliament or to push the other in Parliament so the last Parliament we became 64 per cent. So we are still maintaining the same affirmative action of 30 per cent but more women are confident to go forward and compete”.