Substantive Equality: A Vision for the Future 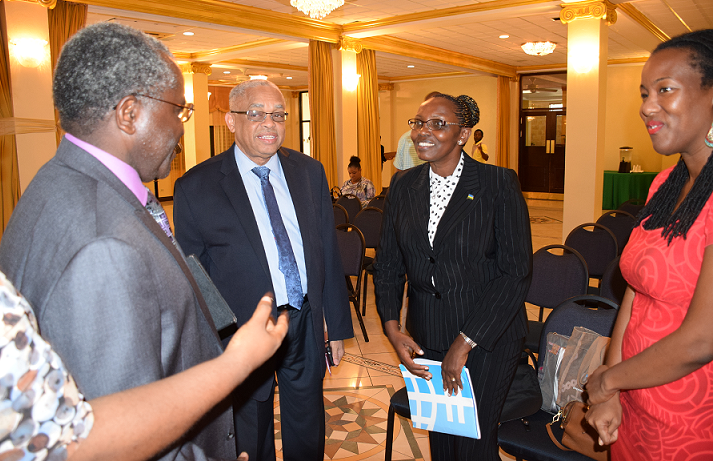 (Kingston, Jamaica): From the local to the global level, women’s leadership and political participation are restricted. Across the globe, women are under-represented as voters, as well as in leading positions, whether in elected offices, the civil service, the private sector or academia. In the Caribbean, women are often described as the foot soldiers of the political parties, yet despite a consistently strong showing as voters, their voice and needs are not always reflected; and their presence in elected and appointed decision-making positions remains limited.  This occurs despite their proven abilities as leaders and agents of change, and their right to participate equally in democratic governance.

Individual women have overcome these obstacles with great acclaim, but for women as a whole, the playing field needs to be level, opening opportunities for all. Indeed a recent International Labour Organization (ILO) study - “Women in Business and Management, Gaining Momentum”, found that Jamaica has the highest proportion of women managers globally– 59.3%, ahead of the United States and the United Kingdom. However the study also revealed that globally women are still under-represented in top management.

Parity among women and men in elected office is globally set whereby neither sex should have less than 40% representation in elected bodies. In the Caribbean, despite some progress, and a long history of political engagement, strong education, and dedicated public service, Caribbean women’s levels of participation in the elected and appointed positions (Upper and Lower House combined) is at only 19.46%[1].

UN Women is working with partner, the University of the West Indies, Mona Campus - UWI Leads Programme, to build a cadre of women leaders, by targeting youth and strengthening capacity among women in leadership and political party members to advocate for women’s leadership and gender equality as a critical factor in achieving sustainable development. Through these actions the expectation is that the capacity of political parties in Jamaica will be enhanced to give space, voice and weight to national gender equality priorities and there will be an increase in Caribbean led knowledge, networking and peer mentoring in support of women’s political leadership.

As such UN Women Multi-Country Office - Caribbean and UWI Leads programme at the Mona Campus are supporting a South South Dialogue with the Government of Rwanda, with the visit of Rwanda Member of Parliament and former Vice President of the Pan African Parliament, the Honourable Juliana Kantengwa. The exchange being held this week, 9-10th November, will demonstrate concrete examples of the impact an increased number of women leaders can have on the Caribbean region’s development.

Activities this week include a non-partisan South-South discourse involving key political stakeholders, youth and the general public on the nature and types of broad measures to increase parity which have been taken by political parties and Member States in other countries and which may be relevant to the Jamaican and Caribbean context.

In part through the use of temporary special measures (TSMs), Rwanda has secured the highest level of women’s political representation in the world.  The TSMs adopted have brought about significant changes that have had a direct effect on Rwanda’s development. At present, there is gender equality in the justice system with at least women representing at least half the country's 14 supreme court justices, boys and girls now attend compulsory primary and secondary school in equal numbers, and new laws enable women to own and inherit property.

The success in Rwanda has not only been about numbers – national institutions were strengthened significantly in Rwanda through the placement of senior women who were determined that women's gains in senior positions would not be lost as the gender balance gradually began to adjust.

The exchange is expected to contribute to:

[1] Drawing from the IPU Website, of the 22 countries covered by UN Women MCO-Caribbean, data could only be found for 13 countries. These are: Antigua & Barbuda, The Bahamas, Barbados, Belize, Dominica, Grenada, Guyana, Jamaica, St. Kitts-Nevis, St. Lucia, St. Vincent & the Grenadines, Suriname, Trinidad & Tobago. Of these thirteen, eight were bicameral in structure. For countries with a bicameral structure, there was an average female representation of 16.84% in the House of Representatives/Assembly and 24.77% in the Senate. For those countries which are unicameral, there was an average female representation of 15.14%. Overall (upper and lower house), female representation among the 13 countries listed was 19.46%. Source – IPU website.