What: School outreach event in conjunction with the UNiTE orange day campaign to end violence against women and girls. 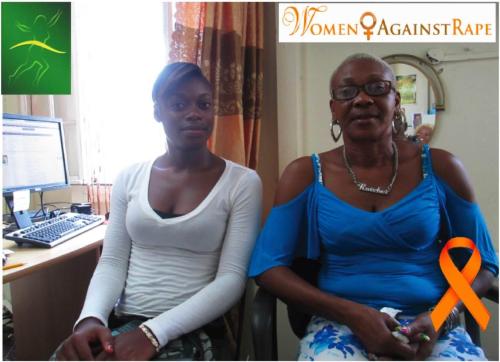 WAR volunteers, Desiree and Shacool went to the Christian Faith School to raise student’s awareness on the UNiTE orange day campaign, “Safe School for Girls”. The volunteers went to each classroom and distributed ribbons and pamphlets that provided information on human rights, gender equality and violence. Desiree and Shacool spoke to the students specifically about how they have right to feel safe and not be disrespected or assaulted in and out of school. The students were very engaged with the topics, many of them knew about sexual assault and had questions such as; “Why is it that people are sexually assaulted? Can boys be sexually assaulted? Why do people bully others?”. The students also raised interesting concerns about the importance of acknowledging the rights of boys and spoke about how boys can also be bullied and sexually assaulted.

The volunteers answered the student’s questions and also spoke to the girls about the importance of acknowledging their own self worth and demanding that their rights are respected. Desiree and Shacool also discussed with the students what they could do if they are being bullied or if they are experience sexual assault, and also how they can stay safe.

The volunteers from WAR were well received by the school and were encouraged to return for future presentations. The WAR volunteers enjoyed the positive interactions with students and teachers and felt a great sense of personal satisfaction about having participated in the event.