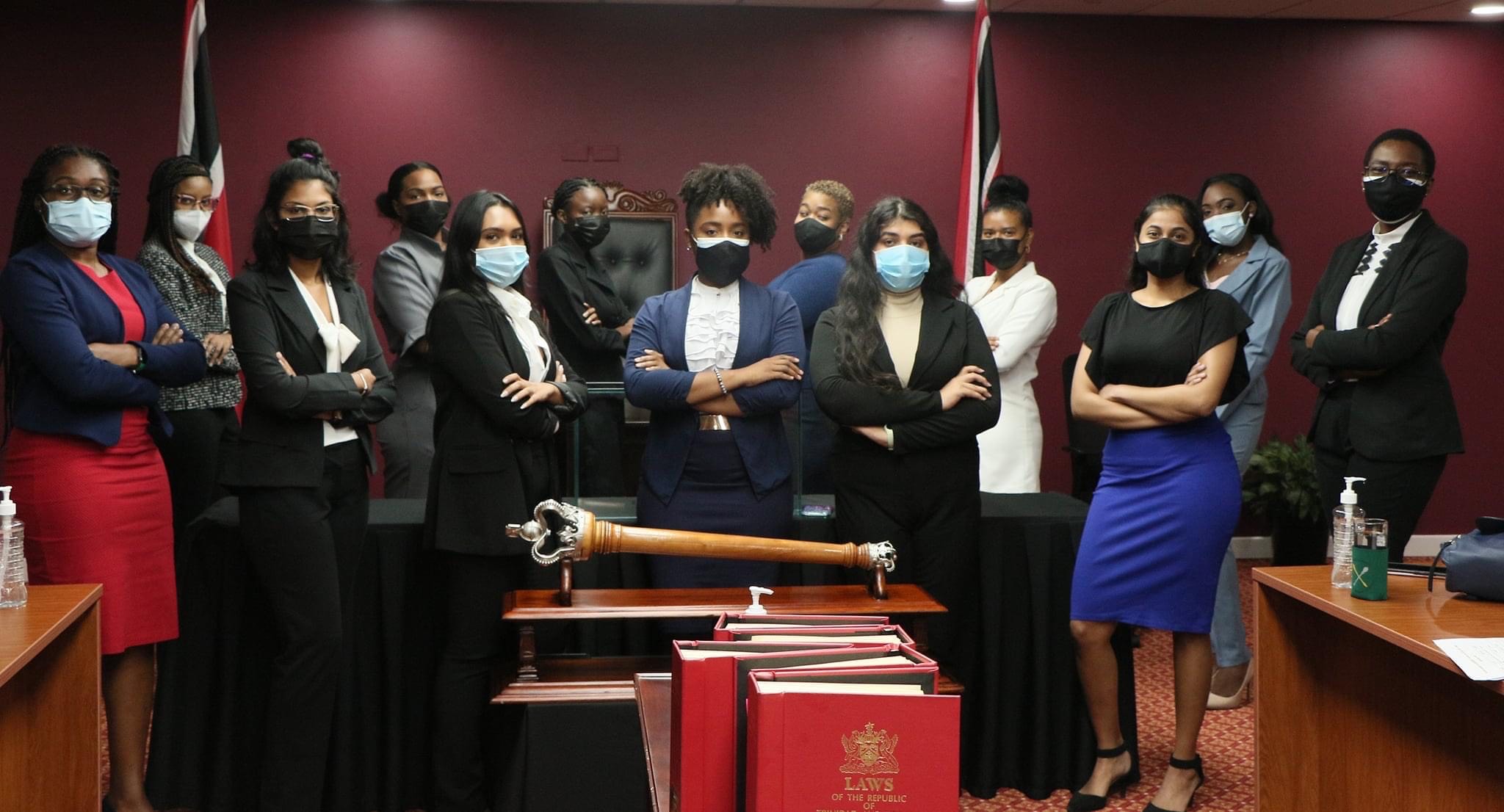 Port of Spain, Trinidad and Tobago: On the eve of the 16 Days of Activism to end gender-based violence, 54 young women participated in a simulated all women parliamentary sitting through the support of The Parliament of Trinidad and Tobago and the European Union-United Nations Spotlight Initiative. 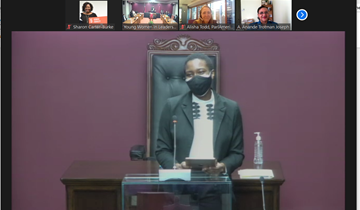 Described as a stellar debate, the second cohort of the Young Women in Leadership (YWiL) Programme debated an Act to make Provisions for the Protection against Sexual Harassment in the Workplace.

Chair of the Caribbean Women in Leadership Trinidad and Tobago national chapter, Ashlee Burnett told the young women: “In your contributions today we see your commitment and bravery to challenging systems of oppression, a future where sexual harassment does not exist, a future where you are able to exist in the workplace on the basis of your hard work alone. 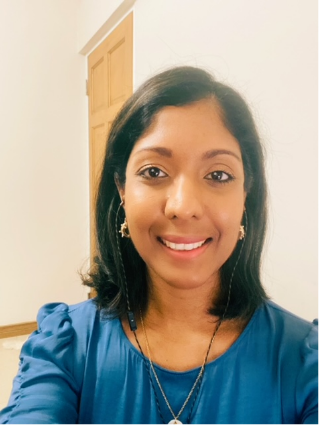 During the closing ceremony, UN Women MCO Caribbean Planning and Coordination Specialist, Je’nille Maraj who is also the Spotlight focal point urged the young women to take away their “voice and agency” from their participation in the flagship programme.

“The passion, conviction and expertise with which many of you spoke leaves me convinced that there is a bright future for young women and all women in Trinidad and Tobago, empowered to advocate for gender equality, to end violence against women and girls, and to push for gender parity in leadership at all levels.”

The Spotlight Initiative is a global, multi-year partnership between the European Union and the United Nations to eliminate all forms of violence against women and girls, with a focus on ending family violence in the Caribbean. 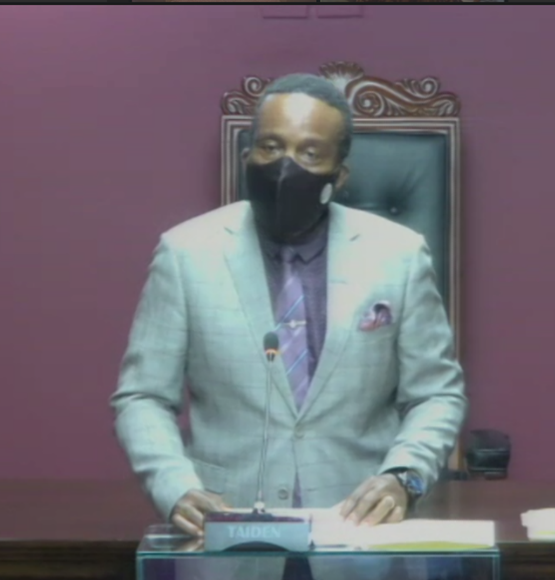 Mr Esmond Forde, Deputy Speaker of the
House of Representatives of the Parliament
of the Republic of Trinidad and Tobago

Mr Esmond Forde, Deputy Speaker of the House of Representatives of the Parliament of the Republic of Trinidad and Tobago said the Parliament was pleased to facilitate this special sitting for this youth debate. He noted that according to data from IPU on youth participation in national parliaments, only 2.6% of those in Parliaments are under 30 and less than 1% are young women. These numbers he said, highlighted a significant shortfall of young people worldwide and the under representation of young women.

Noting that SDG target 5.5 - to ensure women’s full and effective participation and equal opportunities for leadership at all levels of decision-making in political, economic and public life, the Parliament was keen on broadening the knowledge and understanding ing relation to Parliament’s function and processes. 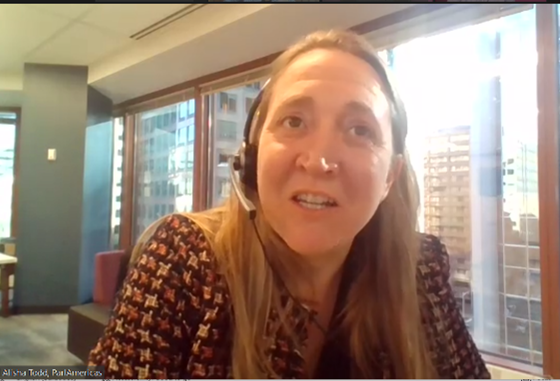 ParlAmericas Director General Alisha Todd noted that the YWIL Programme is a signature piece of the CIWiL-ParlAmericas project “Strengthening Women’s Political Leadership in the Caribbean” Project, funded by the Government of Canada through Global Affairs Canada. The event she said brought together former YWiL participants in the role of mentors to this latest cohort and she lauded the past and present group’s ongoing efforts to encourage transformation and equality. 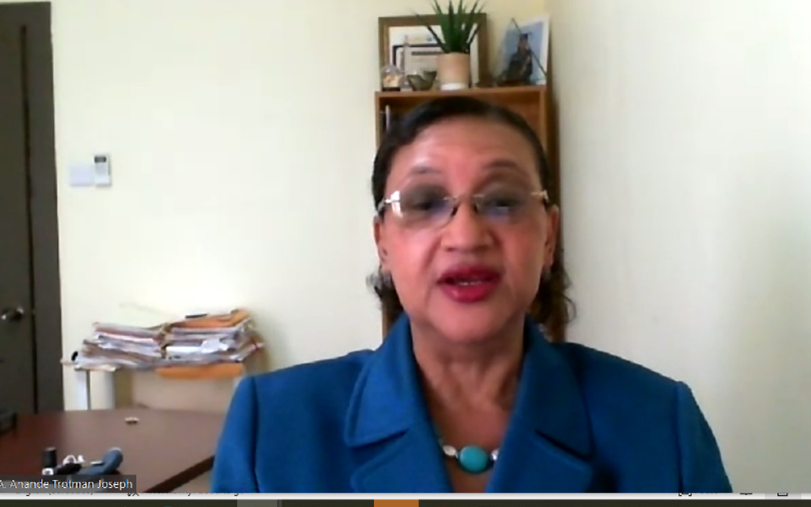 President of the CIWiL Regional Board,
Lady Anande Trotman

President of the CIWiL Regional Board - Lady Anande Trotman in offering her congratulations reminded the young women that they had an iconic role model in the Speaker of the Parliament, The Honourable Bridgid Annisette-George. Lady Anande said the Speaker brings a global vision of gender equality, gender justice and the empowerment of the young women of the Republic of Trinidad and Tobago.

She stressed to the young women that they had risen to the occasion and that the paradigm of change begins with them as individuals and collectively believing they were contributing to a transformed critically thinking mass of women in their country.

“The older generation has to pass on this baton of leadership to you. We do not want you to go forward as tokens.   We want you to go forward knowing and believing you are the dismantlers of a patriarchal system and systems of racial oppression, where you as young women can stand up and say we have come to bring transformational leadership and change across divides of gender, race, discrimination where ever it resides, because we are the light bearers of a new standard, a new transformational way of doing business whether in the politics of your home, community, nation and region.” 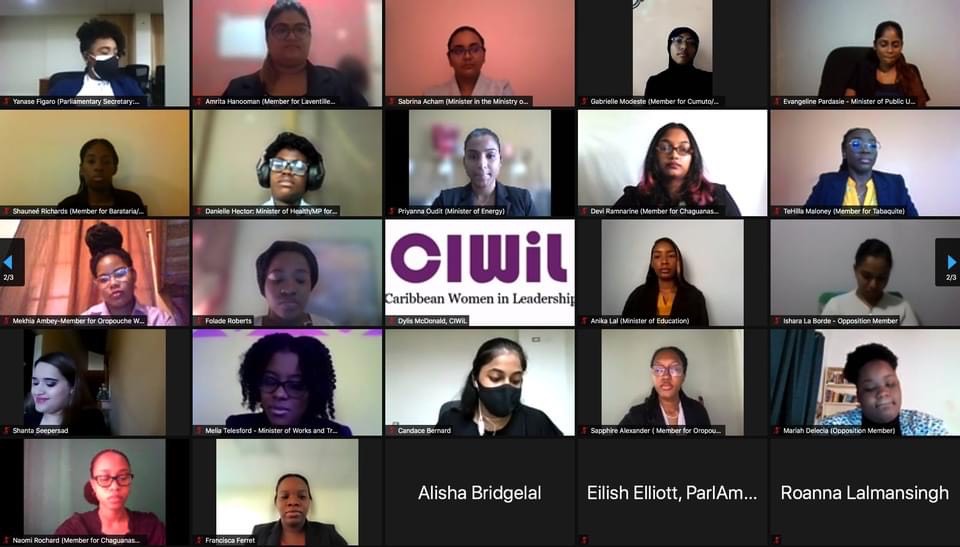 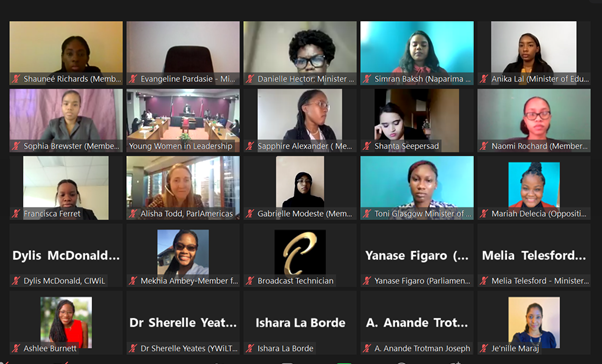