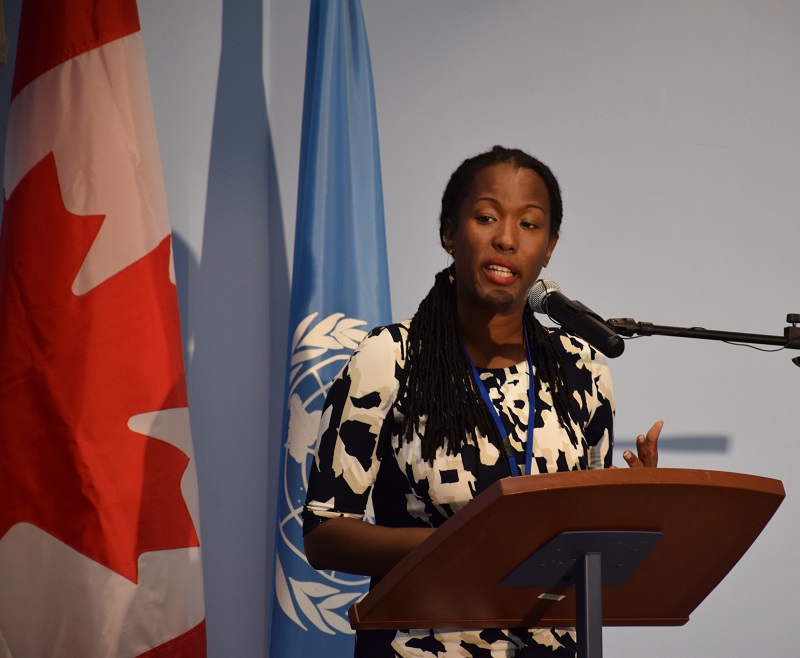 Guyana, July 2017: Work has begun on a two-year project towards enhancing access to justice with the Judiciary of Guyana. UN Women Multi-Country Office – Caribbean, the Caribbean Association of Judicial Officers (CAJO) and the JURIST-CCJ project which is supported by the Government of Canada Global Affairs are collaborating on this initiative with the Judiciary of Guyana.

This project includes the development of a draft Gender Protocol for the Judiciary of Guyana. Draft gender protocols for Barbados and Trinidad and Tobago have been developed and the respective judiciaries are using the drafts to finalise gender protocols that will best serve their needs. At the launch of the Barbados draft protocol, Chairman of CAJO, Mr. Justice Adrian Saunders said:

“The Protocol provides an easy reference point for judges and magistrates to be guided on the standards and approaches that are expected of us when we deal with issues that are gender sensitive. One of the goals of the protocol is to train the judicial mind in ways that promote impartial adjudication in the sphere of gender and gender relations.”

UN Women Deputy Representative Tonni Brodber who oversees the MCO Access to Justice programme explained that the work towards the protocols came out of a 2015 South-South exchange at the 2015 Caribbean Association of Judicial Officers meeting where a Judge from Mexico shared that they had developed a protocol for judicial officers:

“As a result, a few Chief Justices expressed interest to CAJO and asked whether we would be able to develop similar protocols for our Jurisdiction. The Chief Justice of Guyana, Justice Roxane George-Wiltshire was one of those who expressed interest not just in having the protocol but a broader set of support around addressing any form of gender bias that might block the full access of justice for women and men”.

The United Nations in the Caribbean is working through the Multi-country Sustainable Development Framework (MSDF) to support countries in the region achieve the sustainable development goals. UN Women Representative M. Alison McLean stressed that the project is one of the critical areas of priority as identified by Caribbean governments under the MSDF pillar towards a Safe and Just Caribbean.

The UN Women Deputy Representative added that this work builds on the work done by the Commonwealth Judicial Education Institute, and towards the end of the year, a consultation will be held with the judicial officers:

“We are trying to ensure that this is done in the most collaborative and developmental way. We are not parachuting in with a protocol, we are providing the context, so the meat and bones, which then a committee of volunteer judicial officers from Guyana will adapt to make sure that it meets exactly what their needs are. This is what is happening in Barbados and Trinidad and Tobago. Once that protocol is complete, we then support the development of training materials based on the protocol.”

“This is really using better practice and building on each partner’s comparative advantage so that we can best deliver for the people of Guyana increased access to justice to ensure no one is left behind,” the Deputy Representative continued.

UN Women has supported work on increasing access to justice in the Caribbean for over a decade. From work to support a better understanding of child support and how administration of such could be made more efficient for women and children, draft legislation on sexual offences and intimate partner violence, to capacity strengthening for judicial officers.