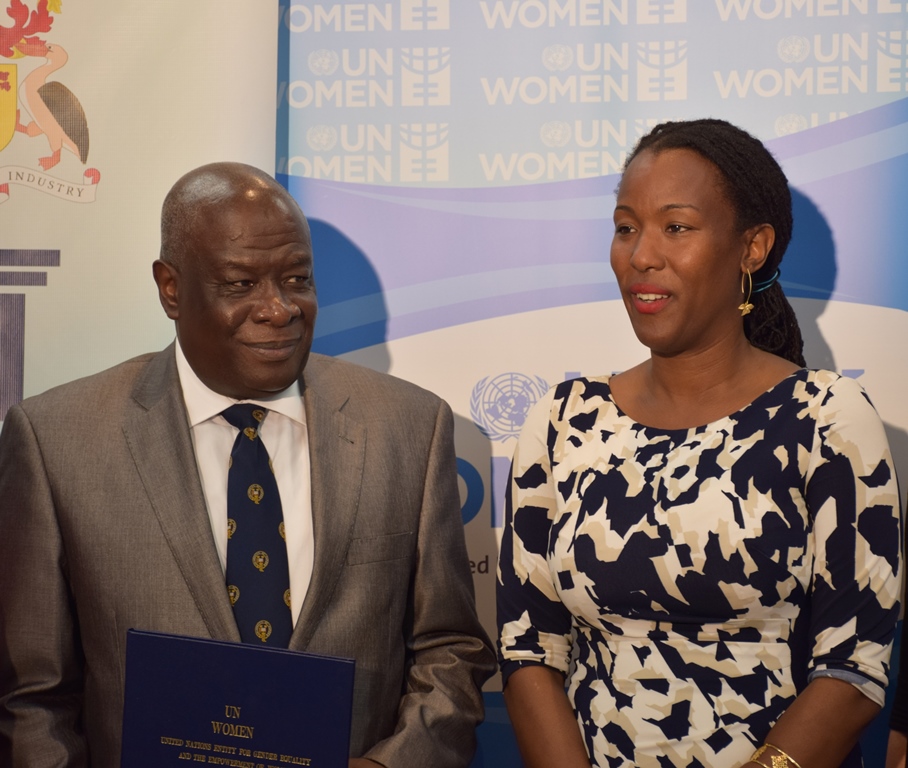 Bridgetown, Barbados: When Barbados reports to the CEDAW Committee within the next year, it will be able to claim of its progress as being first to have a Judiciary Gender Protocol developed for a Caribbean state.

This comes as UN Women MCO Caribbean and its partners - the Caribbean Association of Judicial Officers and the JURIST Project funded by the Government of Canada – handed over the draft Gender Protocol for the Barbados Judiciary.

The draft Gender Equality Protocol for Magistrates and Judges is modelled on the Mexican Supreme Court’s Protocol for Judging with a Gender Perspective, which, was developed in 2014 to assist Mexican judges to promote and respect the right to equality and non-discrimination.

UN Women MCO Caribbean Head of Office Tonni Brodber Hemans noted that the Mexico Protocol which was shared with the Caribbean community through a partnership of UN Women and CAJO. The UN Women head noted too, that the protocol will be finalised by the judicial officers themselves, who led by the Honourable Chief Justice, Sir Marston Gibson were raising the bar through re-stating their commitment to equality and fairness. 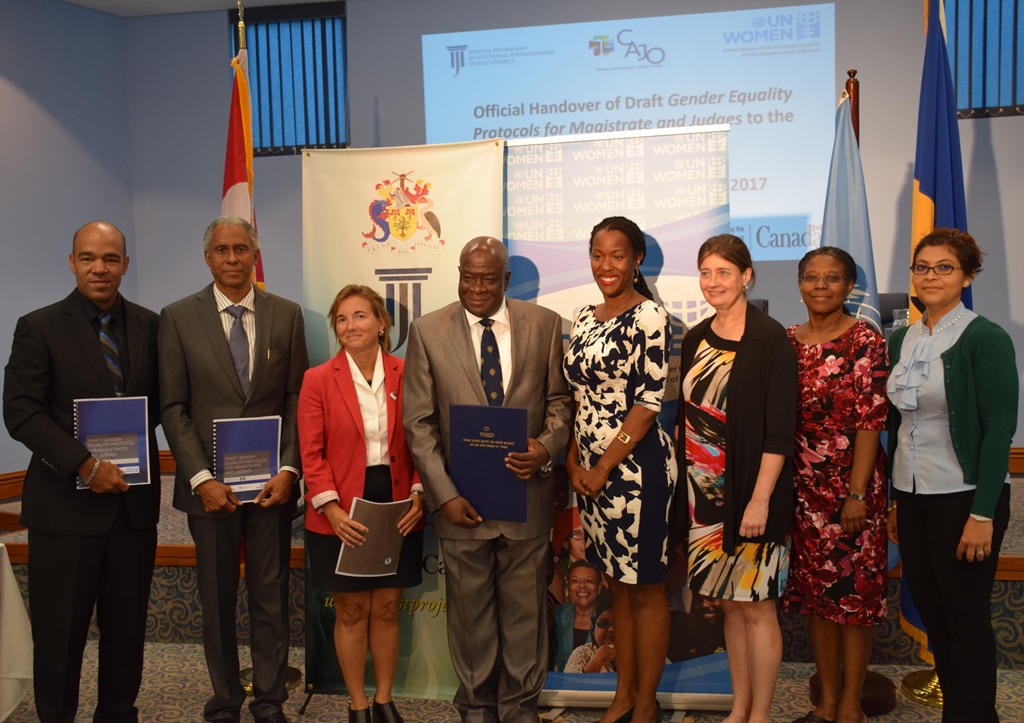 Honourable Chief Justice, Sir Marston Gibson gave the commitment that the Local Implementing Committee would assiduously work on the Protocol noting its support as a tool to ensuring they attended to the unconscious bias that could impact on judicial decisions. 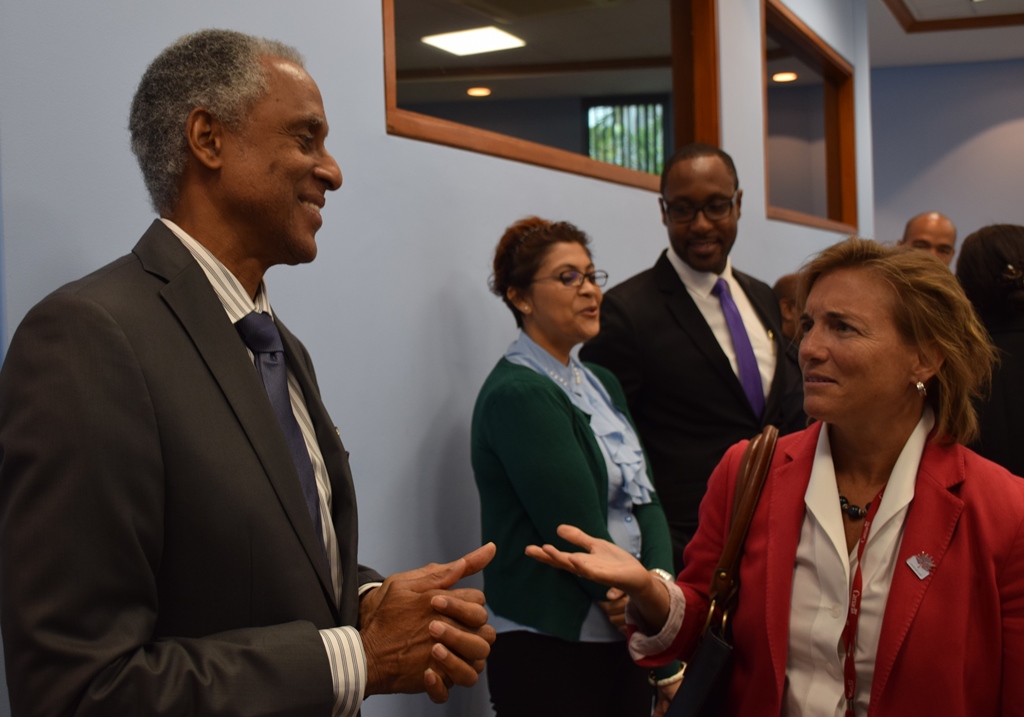 CAJO Chairman and Judge of the CCJ, Justice Adrian Saunders with High Commissioner of Canada to Barbados, Marie Legault

Chairman of CAJO, Justice Adrian Saunders noted that the Protocol provides an easy reference point for judges and magistrates to be guided on the standards and approaches that are expected when dealing with issues that are gender sensitive. “If gender stereotypes are unconsciously held, if they are not the product of a deliberate intention to discriminate, how can we as judges avoid falling prey to them? This is where the establishment of this Protocol is so important”, Justice Saunders said.

High Commissioner of Canada to Barbados, Marie Legault in hailing the Protocol’s development noted that the Government of Canada “recognizes that every policy, program and project affects women and men differently and therefore, policies, programs and projects must address the differences in experiences and situations between and among women and men”.

Draft Gender Protocols will also be developed for Trinidad and Tobago, Guyana, Belize and Jamaica. Regional Project Coordinator for the JURIST Project, John Furlonge said it is intended that the draft Gender Equality Protocols will be reviewed, circulated and ultimately finalised by or before the end of September 2017. 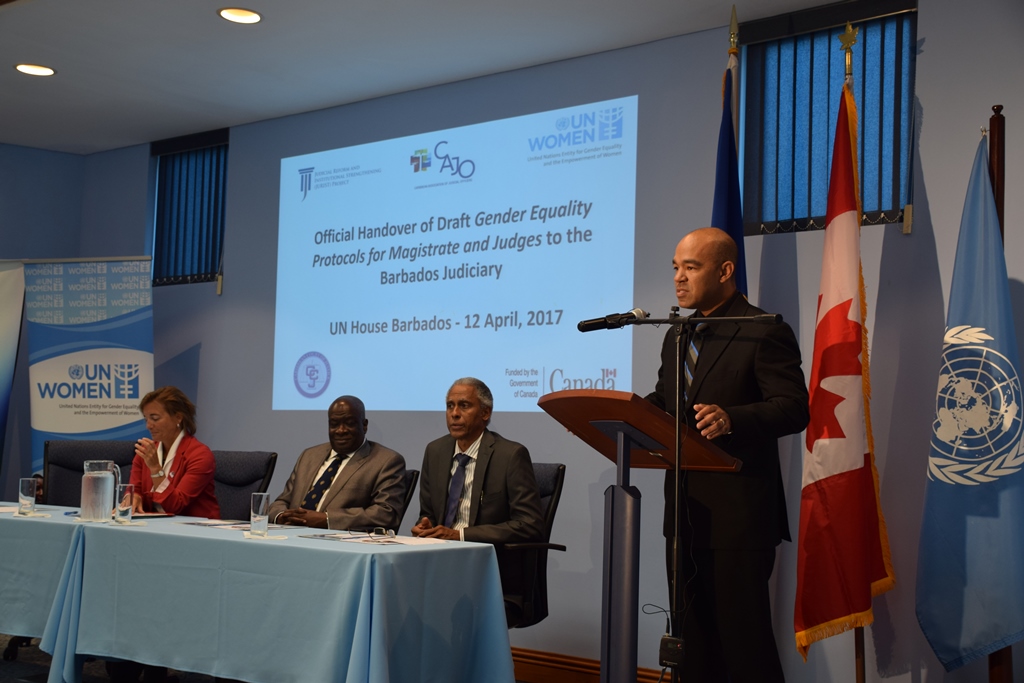