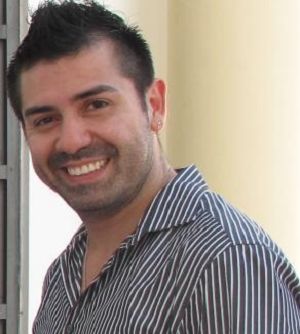 Psychologist and Social Worker, Alex P. Vega, consultant to the UN Women Partnership for Peace Community Intervention Programme' - Photo by: UN Women/Sharon Carter-Burke
Boys and young men learn to express one or two types of feelings being angry or being upset.

Psychologist and Social Worker, Alex P. Vega, consultant to the UN Women 'Partnership for Peace Community Intervention Programme', noted that at the root of gender-based violence is anger, impulse control, and power and control issues and this all ties in with how men have been socialised about manhood.

Vega was speaking after the piloting of the UN Women 'Partnership for Peace Community Intervention: A Violence Prevention Programme' in Dominica and Antigua in early March of this year. As he explains it, this programme is designed for young men to learn alternative ways of thinking about 'being a man' and traditional notions of masculinity so that they can develop healthy relationships first with themselves, and their partners, and not reach the point of abusing their partner(s).

"We don't teach young men to experience feelings, to recognise that they have a spectrum of feelings, to understand that it is ok to express feelings. No, we don't because thats not being a 'real man'. Consequently, they repress, and they bottle up their feelings and they grow into adult men learning only to express hostility and anger," Vega explained.

Given the unacceptably high incidences of gender based violence in the Caribbean, UN Women with a Regional Team of experts in the fields of Clinical Psychology, Psychotherapy, Law, Human Rights, Gender and Social Work developed a gender transformative, contextualised and standardised approach through the 'Partnership for Peace Violence Intervention Programme' for men who had abused women, men who had committed acts of violence against women, men who had come in contact with the law and had been charged.

Funded by CIDA, the Canadian International Development Agency and executed by the UN Women Caribbean Office, Partnership for Peace, represents a flagship project in UN Women's thematic area of ending gender-based violence in the Caribbean. The programme has been implemented in a number of CARICOM countries: Grenada, Trinidad and Tobago, St. Lucia, Jamaica, Belize and the British Virgin Islands. In 2011, the Government of Barbados agreed that the project would be implemented through its Division of Family in the Ministry of Family, Culture, Sports and Youth in association with UN Women.

Subsequently, as a preventative strategy in reducing the prevalence of violence against women, UN Women and its partners developed a community intervention programme for young men utilising the PfP approach and conceptual framework. This 10-module prevention programme will be facilitated by male and female facilitators who have been trained by experts such as Vega.

An important difference is the approach of the programme; how the facilitators interact with the participants, the young men. It uses a psycho-educational approach. Vega explained that it cannot be a didactic/ instructive learning situation where the young men are expected to sit down and be passive recipients of knowledge.

"The methodology we use is that the prevention intervention should be dynamic, fun, relevant, introspective (self-examining) and experiential to give participants the opportunity to question what they have learned from a very young age about beliefs about what a real man should be, and what a real woman should be.

"The programme aims to do exactly the reverse of imitating a 'school atmosphere'.  We want to acknowledge that these young men are coming in with a lot of knowledge about their family history and they probably have a lot more life/street experience than the facilitators and so we need to use that as a resource and as a strength to help shape the programme.

"The beauty of this programme as with the original PfP Community Intervention Programme for men, who have come in contact with the law because of abusive experiences, is that we are not here to deliver a set of power points on gender-based violence or talk about anger and control issues, or healthy relationships. We are not here to teach, nor give lectures. Education is only one step for facilitating behavioural change, which can bring about awareness of the problem or issue if the young man is ready to listen."

Vega says other areas of behavioural change have failed in the region because the approach has generally been to pass on information.

"The whole aim is for transformation of traditional gender ideas, beliefs, practices; in order for that to happen we have to peel the layers bit by bit, (using the analogy of an onion) not just take a knife and chop it open and say, 'You guys cannot say that about women, why do you speak about women like that?' Well that is scolding young men. That is being instructive, moralistic and autocratic. That is not going to facilitate behavioural change. The young men have learnt all their life negative stereotypes and prejudices about women: that women are weak, that they are promiscuous, that they tempt men (the Eves), that they are gold diggers, that men need to be strong and be in control of them. Young men believe that they have the right to beat, rape women and young girls believe it is ok to be controlled, to be slapped, to be man-handled, to have their cell phones taken away by their partners.

"We want the traditional social and cultural beliefs attached to masculinity/femininity, sexuality and relationships that they have learned all their life to come out in a safe space, so we can deconstruct and debunk these ingrained myths and beliefs surrounding gender roles. We want to work with the young men in a safe space to examine how these beliefs are discriminatory and harmful to women and anyone who does not fit in the traditional gender role.  We want the young men to come out of the programme with a set of tools for critical thinking to create better relationships with themselves, their partners and others and contribute to making their society more equal and more equitable."

Vega stressed that the facilitators will need to develop a strong relationship of trust and rapport with the young men and be dynamic and relevant to their needs. For example if the facilitators came to speak about sex and gender, or fatherhood and the effects of violence on children and the participants want to talk about something else, the challenge will be for the facilitators to have excellent critical thinking and creative skills to become artists with the curriculum that has been given to them.

"If the participants dont want to talk about sex and gender but they want to talk about sex; as in sexual behaviour, well then let's use that opportunity that is being presented by the group of young men and by talking about sexual behaviour what will come out of that session is 'we want to thump and delete'. With the whole idea of wanting to 'thump and delete' the facilitators can have a great discussion on the meaning of this phrase and it will come out that in 'thumping and deleting' they are treating their partners as sexual objects. Facilitators can then help participants experience what it means to be an object; to develop empathy and begin to understand what does it mean to be treated as an object.  'Are girls objects?' 'How would you feel if you were treated as an object?' asking this in a nonjudgmental and neutral manner.

"We stigmatise women and often treat them as inferior in this region, we don't give them a voice, they are a minority group and we don't even think about these things, we just do it. It is an expectation, it is so normal when you say hospital administrator to think about a man. We need to begin peeling the onion and peeling the layers of traditional and harmful stereotypes, labels, and stigma, slowly and gently because change is incremental and that is why the programme is 10 modules in this prevention initiative," he added.

Vega further explained the programmes methodology and conceptual framework using a second analogy.  Just as waves slowly erode a rock on the beach over years, the prevention programme is like the waves and little by little you chip on that rock (the belief systems of the young men) that has been constructed over a long period of time with misconceptions, myths, fallacious beliefs about women and sexual minorities, resulting in injustice and inequality. Relationships are constructed in a dominance and control/win-lose paradigm, each person bringing into the relationship a baggage of myths and stereotypes that are discriminatory, harmful, and prejudicial.

"This is a course every young man (and for that matter young woman) should go through. All of us in society should have gone through it but we did not get the chance to do it. It is a psycho-educational programme on sex and gender socialization, gender based violence, its effects on children and people, the Domestic Violence Act, consequences of committing a domestic violent crime, fatherhood, relationships, sexuality, and sexual health.  It is educational and should be for all young men," the Psychologist Vega emphasized.

The programme in Antigua is partnered with the Directorate of Gender Affairs and the local CariMAN chapter. In Dominica, the partners are the Dominica Planned Parenthood Association, the Ministry of Education, and CariMAN, all in association with UN Women.