United Nations, New York — Women make up less than 10 percent of world leaders. Globally less than one in five members of parliament is a woman. The 30 percent critical mass mark for women’s representation in parliament has been reached or exceeded in only 28 countries. At a high-level event today, during the 66th session of the UN General Assembly in New York, women political leaders made a strong call for increasing women’s political participation and decision-making across the world. Stressing that women’s participation is fundamental to democracy and essential to the achievement of sustainable development and peace in all contexts — during peace, through conflict and post-conflict, and during political transitions — the leaders signed on to a joint statement with concrete recommendations on ways to advance women’s political participation. 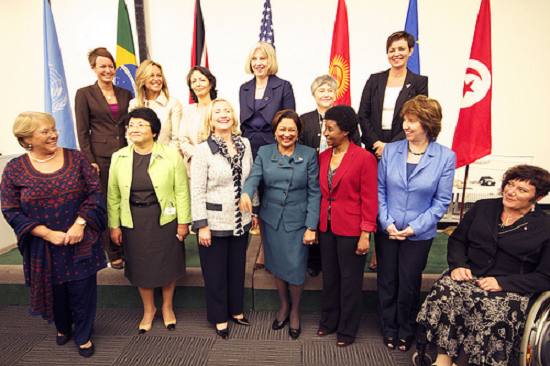 “It is a solidarity that we see represented here today among this important group of women around me,” said Michelle Bachelet, Under-Secretary-General and Executive Director of UN Women, at the event. “We are bound by a common goal — to open the way for women to participate in all decisions affecting not only their own lives, but the development of our world, at the global, regional, national and local levels. By making full use of half the world’s intelligence — the intelligence of women — we improve our chances of finding real and lasting solutions to the challenges that confront us.”