IICA and UN Women team up to support marginalised farmers and agriMSEs
Through a collaboration between UN Women and the Inter-American Institute for Cooperation on Agriculture (IICA), the UN Women-IICA Memorandum of Understanding (MoU) facilitates enhanced support for women and marginalized farmers and agri-business owners, including strengthening gender-responsive services to women and youth in agri-business across the region.

Joint SDG Fund Project on Building Back Equal through Innovative Financing for Gender Equality and Women's Empowerment
The United Nations Joint SDG Fund has injected nearly $1 million into this programme which takes steps to facilitate the sustainable economic empowerment of women, youth and people with disabilities and their greater access to financial mechanisms, knowledge sharing and capacity building particularly in areas of agribusiness and fishing.

Call for Proposals for Responsible Parties: Civil Society Organizations (CSOs)
Autonomous social movements and relevant CSOs, including those representing youth and groups facing multiple and intersecting forms of discrimination/marginalization, more effectively influence and advance progress on GEWE and ending VAWG. Resources are being made available under Outcome 1 and the Spotlight Initiative in Jamaica and Caribbean Regional programme respectively for non-governmental organisations to provide regional programmatic support to the UN Women MCO Caribbean.

From where I stand: “Representation matters and representation of Caribbean young women's voices in the global conversations about climate action, matter.”
Ayesha Constable is a climate researcher and practitioner who applies a feminist approach to her work as a scholar activist. She is co-founder of GirlsCARE and founder of Young People for Action on Climate Change Jamaica. As a young woman in academia and climate action, Ayesha uses every opportunity to promote the intersectionality of climate impact and gender inequality and advocate for more women and girls in climate action.

Call for Proposals - BRB30/CFP2022/01 - Responsible Party for Normative and EVAW Actions
The UN Women Multi-Country Office (MCO) - Caribbean, seeks to partner with Responsible Parties (Non-Governmental Organizations [NGOs] to: Implement advocacy campaigns to promote positive social norms and practices on gender equality and raise awareness of the importance of more inclusive and sustainable policies in the Caribbean to achieve sustainable development.

From where I stand: “The work to end violence against women and girls in the Caribbean is an immense challenge. It takes partnership, a love for people and a want for positive change.”
Phylicia Alexander Lavia is the Foundress & Executive Director of Red Root SVG, a nonprofit in her home country of Saint Vincent & the Grenadines. Phylicia is a gender-based violence survivor and activist who advocates for the empowerment & support of underserved women, LGBTQ+ communities & children.

UN Commission on the Status of Women reaffirms women's and girls’ leadership as key to address climate change, environmental and disaster risk reduction for all
The 66th session of the Commission on the Status of Women (CSW66)—the second largest UN intergovernmental meeting in New York—closed its two-week long session today (14 to 25 March) acknowledging the important role of women and girls as agents of change for sustainable development, in particular safeguarding the environment and addressing the adverse effects of climate change.

Spotlight Jamaica - Call for Proposal (CFP 001) For Civil Society Organizations (CSOs)
The UN Women Multi-Country Office (MCO) - Caribbean, seeks to partner with a Non-Governmental Organization (NGO) to provide support to women's rights groups, CSOs, and relevant stakeholders through the coordination of actions aimed at increasing opportunities and support to women’s rights groups to share knowledge, network, partner and jointly advocate for Gender Equality and the Empowerment of Women (GEWE) and ending Violence Against Women and Girls (VAWG), including family violence, at sub-national, national, regional and global levels.

Bermuda Stock Exchange ‘Rings the bell for gender equality’ on International Women's Day 2022
The Bermuda Stock Exchange (BSX) joined a record number of 118 exchanges and central counterparties (CCPs) around the world to commemorate the eighth annual 'Ring the Bell for Gender Equality' campaign, to raise awareness about the role and opportunities for the private sector to advance gender equality and sustainable development.

Gender Equality Today for a Sustainable Tomorrow - Joint IWD Statement by the United Nations in Jamaica
Women and girls around the world are leading the charge on climate change adaptation, mitigation, and disaster response. In solemn recognition of this reality, the United Nations, under the lead of UN Women, commemorates International Women’s Day (IWD) 2022, with the theme, “Gender equality today for a sustainable tomorrow.” This year, we are highlighting the impacts of global warming on women and girls right here on our Caribbean home and recognizing their outstanding contributions in the response to and fight against climate change.

Disasters Affect Us All, Differently
Evidence of women’s increased vulnerability is in the pre-existing social and cultural demands on women and girls as primary caregivers with the imbalanced responsibilities for care of the elderly, children and the sick. This care work increases in the immediate aftermath of a disaster and continues long after.

Climate Change and Disaster Risk Resilience: Gender Matters!
UN Women and the CARICOM Secretariat recently held preparatory meetings ahead of CSW66 – “Achieving gender equality and the empowerment of all women and girls in the context of climate change, environmental and disaster risk reduction policies and programmes”.

All Young Women Leaders Parliamentary Sitting Debates Protection Against Sexual Harassment in the Workplace Act
On the eve of the 16 Days of Activism to end gender-based violence, 54 young women participated in a simulated all women parliamentary sitting through the support of The Parliament of Trinidad and Tobago and the European Union-United Nations Spotlight Initiative.

Innovative strategies and partnerships urgently needed to arrest women’s economic slide as a result of COVID-19
On her inaugural mission to the Caribbean, UN Women Regional Director for the Americas and Caribbean Maria Noel Vaeza, accompanied by the Representative - UN Women Multi-Country Office–Caribbean, Tonni Brodber, met with Governments and development partners in Jamaica, Barbados and Trinidad and Tobago. The Caribbean mission was focused on sharing on UN Women’s new 4-year strategic plan, particularly strategies towards building forward from COVID-19 in a gender-responsive way.

Press release: UN Women presents ‘A Force for Change’, an art exhibition and auction featuring work by 26 Black women artists, benefitting Black women
UN Women will host the first all-Black, all-women global selling exhibition and auction titled “A Force for Change”, with proceeds benefiting Black women across the world and the participating artists. The exhibition will be open to the public in New York City from 27 to 31 July 2021, with an online auction hosted on Artsy from 16 to 30 July 2021, closing at 2pm EDT.

Unpaid care – care of children, the elderly and sick underpins our national economies, greater investment needed
Bridgetown, Barbados, 27th May 2021:- As countries develop COVID-19 recovery strategies, investments in infrastructure must include the care economy, including measures to reduce and redistribute unpaid care work. Childcare, elder care and care of the sick is as crucial to a functioning economy as any road, electric grid or building. If workers, many of whom are women, drop out of the paid economy because of their unpaid care work responsibilities, the entire economy is negatively impacted. ...

Presidents of Mexico and France, UN leaders, youth and civil society call for bold action at the opening of Generation Equality Forum in Mexico
Global leaders united today to call for bold, unapologetic, and concrete progress towards gender equality at the official opening of the Generation Equality Forum in Mexico City. Mexico’s President, Andrés Manuel López Obrador, officially opened the Forum alongside President of France, Emmanuel Macron, UN Secretary-General António Guterres, and convener of the Forum, Phumzile Mlambo-Ngcuka, Executive Director of UN Women. They were joined by youth activist Elvira Pablo and civil society leader Sharon Bhagwan Rolls, representing youth and civil society groups who are partners in designing and co-creating the Forum, as well as by Olga Sanchez Cordero, Secretary of the Interior of Mexico, and Marcelo Ebrard, Secretary for Foreign Affairs of Mexico.

UN Women announces the theme for International Women’s Day, 8 March 2021 (IWD 2021) as, “Women in leadership: Achieving an equal future in a COVID-19 world.” 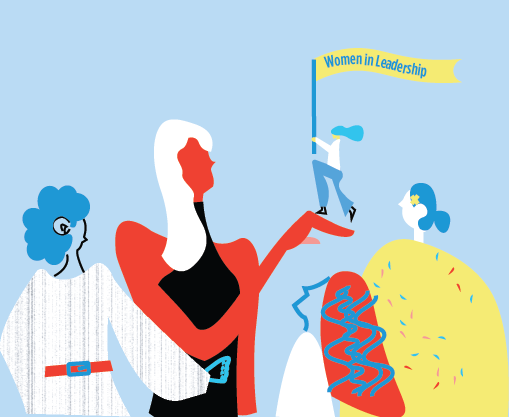 The theme celebrates the tremendous efforts by women and girls around the world in shaping a more equal future and recovery from the COVID-19 pandemic.