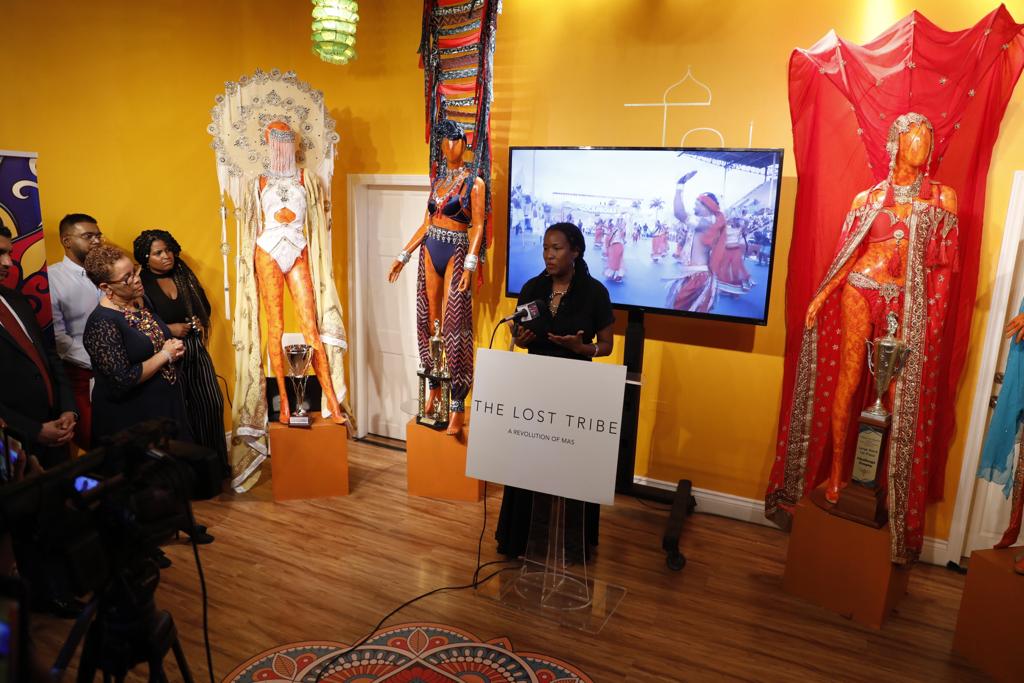 Building on the culture of the Caribbean, UN Women Multi-Country Office – Caribbean is partnering with Trinidad and Tobago carnival band – THE LOST TRIBE, to celebrate UN Women’s 10 years of existence and raise awareness about gender equality.

Serendipitously UN Women will celebrate its 10th anniversary the same year that the Beijing Platform for Action celebrates its 25th anniversary. In September 1995, an unprecedented 17,000 participants and 30,000 activists participated in the Fourth World Conference on Women in Beijing, China. Two weeks of political debate followed, as representatives of 189 governments hammered out commitments that were historic in scope. 30,000 non-governmental activists attended a parallel Forum and kept the pressure on, networking, lobbying and training a global media spotlight. By the time the conference closed, it had produced the Beijing Declaration and Platform for Action, the most progressive blueprint ever for advancing women’s rights.

Given the importance of 2020 to UN Women and the movement towards gender equality and women’s empowerment, UN Women MCO Caribbean advertised a call to Caribbean non-profit and for-profit institutions engaged in the creative and cultural industries, to partner on “Creative Actions to Celebrate UN Women’s 10th Anniversary and the 25th Anniversary of the Beijing Platform for Action in the Caribbean”. 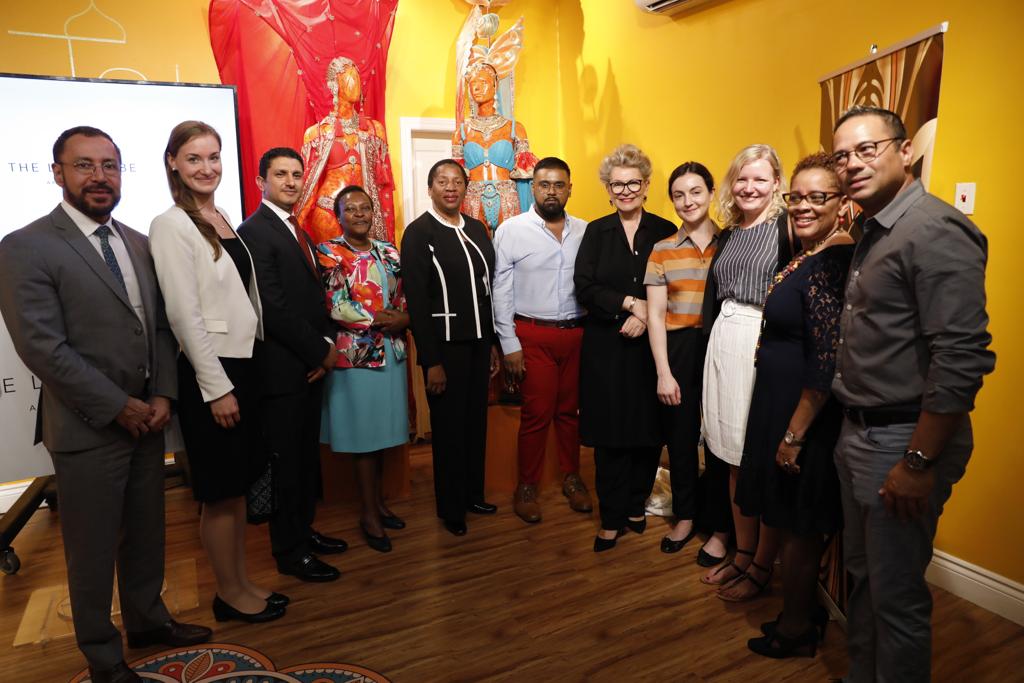 A delegation of the UN Women Executive Board and UN Women MCO Caribbean staff at the launch. Photo: UN Women/Ryan Brown

Tonni Brodber, Deputy Representative of UN Women MCO - Caribbean said the partnership with THE LOST TRIBE represents an opportunity to take the message of gender equality to the general public through cultural avenues: “We looked for organisations that were already celebrating our principles of equality, of diversity and of course ensuring integration because we want to ensure no one is left behind. Lost Tribe applied and the presentation they made to us was the strongest and one that demonstrated from their “#mycarnival” campaign, they mean and live the principles of equality.” 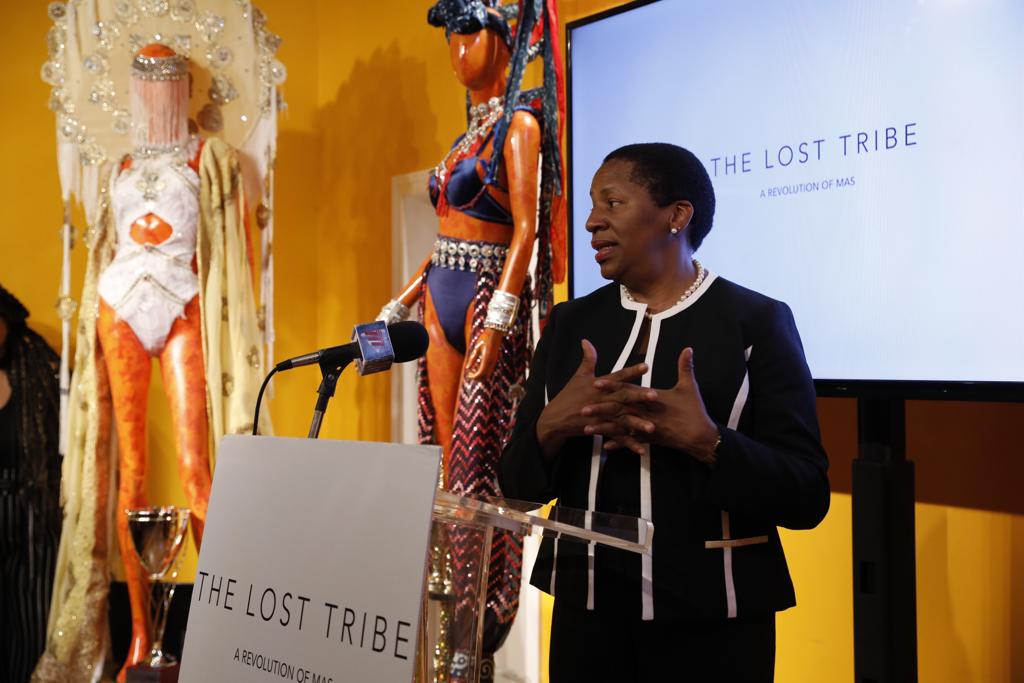 Trinidad and Tobago Permanent Representative to the UN and President of the UN Women Executive Board, Ambassador Pennelope Beckles. Photo: UN Women/Ryan Brown

Trinidad and Tobago Permanent Representative to the UN and President of the UN Women Executive Board, Ambassador Pennelope Beckles noted: “When you look at the importance of culture in the UN and we go back to the charter, the charter speaks about the issues of culture, so that collaborating with UN Women brings the culture of TT to the United Nations.”

This initiative is aimed at developing inspirational and awareness raising products and/or events to form part of the commemorative portfolio that would highlight and celebrate the gains that have been made towards gender equality and motivation, to continue to address the work that still needs to be done. 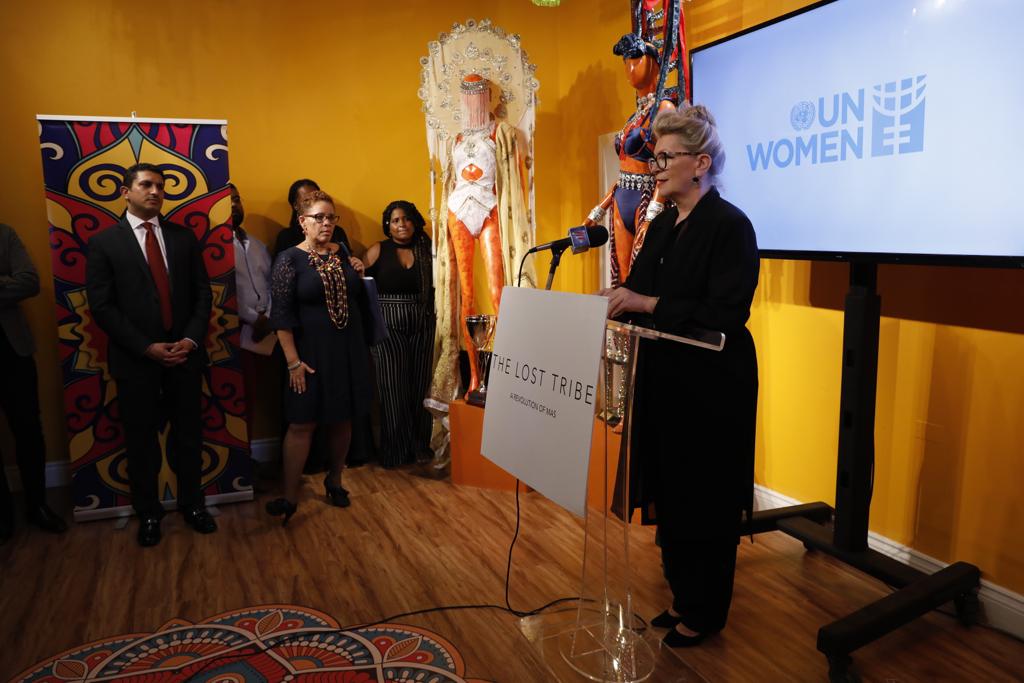 Vice President UN Women Executive Board and Permanent Representative to the UN for Hungary, Ambassador Katalin Bogyay added that: “…through the language of art and culture, and with the help of artists and ambassadors of art, we have a chance to talk about the strongest messages. Culture is really something that builds the real bridge between people, continents and countries. Culture travels. Music and dance travels.”

Valmiki Maharaj, Creative Director of THE LOST TRIBE said this partnership will through the language of carnival, communicate the message of gender equality and women’s rights in a different way to the world:

“Together with UN Women, we will plan and execute a campaign that will span the year from our Launch on July 20th 2019 to Carnival 2020 that will consist of posts, activities, and branding opportunities to help achieve our shared goals and communicate our message. The partnership will not be limited to one section, but rather spread across our entire band for 2020. I am proud to say that these core values will emanate throughout THE LOST TRIBE in every aspect of our design and business. For THE LOST TRIBE, this partnership allows us the opportunity to continue and expand on the work we put in last year with the #MyCarnival Campaign.”

Caribbean non-profit and for profit organisations in the creative industries were asked to outline creative and innovative actions and/or products that would be launched or performed for 2020. This could include a design and mounting of a section in a carnival band, an iconic commemorative event (theatrical production), clothing or jewellery product line, film or song. Each entity was asked to outline how a percentage of the profits from their initiative would go to an institution or programme supported by the government or an NGO in the country in which the action(s) or product(s) will be produced.

THE LOST TRIBE was one of two organisations that applied to the call. A committee reviewed both proposals and using the evaluation criteria selected THE LOST TRIBE as the successful partner.

Related News
22/04/2022
The Spotlight Initiative Donates Critical ICT Equipment to the Victim and Witness Support Unit of the TTPS
15/03/2022
From where I stand: "Of course, we had no money, but the problem was big enough for us to tackle even without financial resources."
26/11/2021
All Young Women Leaders Parliamentary Sitting Debates Protection Against Sexual Harassment in the Workplace Act
16/11/2021
UN Women Small Grant Advertisement under the Spotlight Initiative Trinidad and Tobago
19/10/2021
Innovative strategies and partnerships urgently needed to arrest women’s economic slide as a result of COVID-19
END_OF_DOCUMENT_TOKEN_TO_BE_REPLACED