UNiTE Artist Masud Sadiki performing a Stitch In Time at the 2010 Caribbean Launch of the UNiTE To End Violence Against Women Campaign. Photo: UN Women.
There are no words sufficient to express our sadness at the loss of Masud Sadiki, Saint Kitts and Nevis musician and humanitarian.

Since 2010, UN Women has had the honour and pleasure of being associated with Masud when he readily agreed to join the Caribbean movement ‘Artistes UNiTE’ in support of the UN Secretary-General’s Campaign UNiTE to End Violence against Women. In this role, Masud generously contributed a song to the Campaign, ‘Stitch in Time', the first artist globally to do so. He was invited to participate in a peace concert in Palestine where he performed that song. 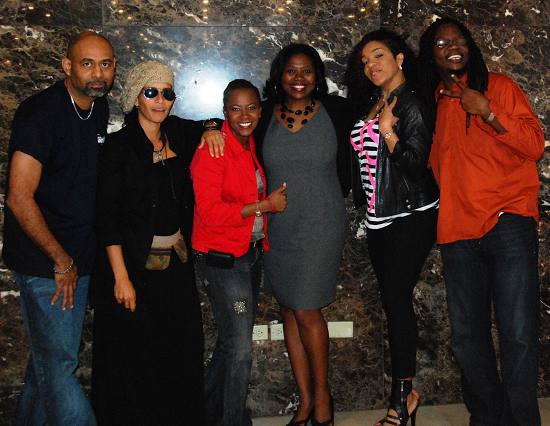 In our association with Masud, we were all struck by his generous spirit, his sincere interest in people and his commitment to making a positive contribution to his country and his region through music.

The Caribbean artistes with whom he worked and developed friendships thought of Masud as a positive force.  He was also an extremely likeable and decent person, ready to contribute his experiences, thoughts, time and sweet musicality to the profoundest possible goal of equality, peace and harmony between women and men.

UN Women expresses its deepest condolences to Masud’s family, friends and country and share in their grief at this tragic loss.